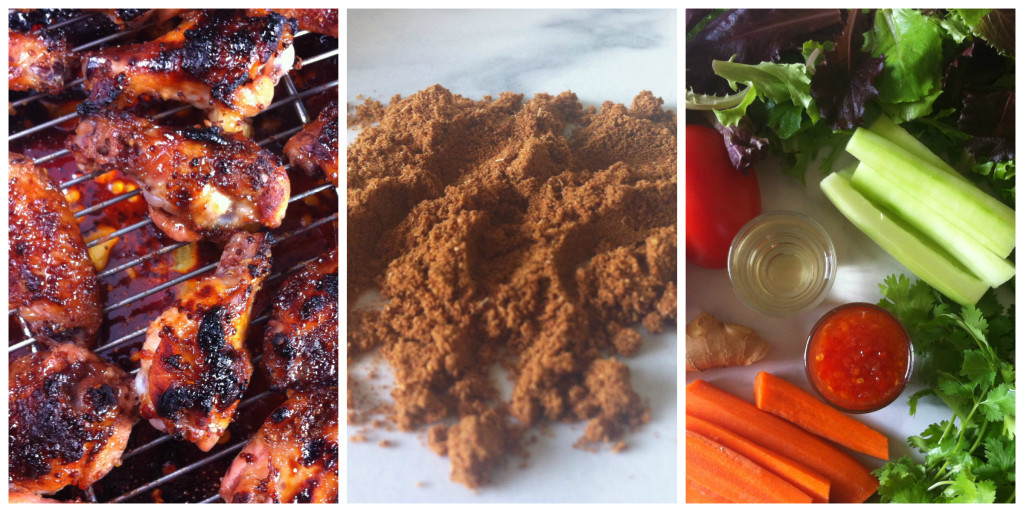 It is 5:19pm on Wednesday and I can’t believe that this is the first chance I have had to sit down and share last night’s dinner with you.  The week got off to a blazing start with Michael leaving for Finland on Monday and the children home for the Veteran’s Day holiday.  An unexpected development in the horse corner of our lives kept me busy for most of the day {and also has prompted an unexpected trip to Portland, Oregon this Saturday for the girls and I} followed by hair appointments for the girls, riding at the barn and an orthodontist appointment for Max.  Arriving home after 6pm Monday evening, well, the butternut squash soup on our menu just didn’t happen…we dined on grilled cheese sandwiches and sliced Honey Crisp apples.  By the time Michael texted me at 1:30am to let me know he had safely arrived in Germany for his lay over, I had been asleep for hours. Yesterday, while still busy, turned out to be a bit more manageable.  I needed to be out all afternoon after school with Mallory but, when we arrived home at 5:30pm, these lovely wings and salad were poised and ready for action. The wings {tossed with the marinade/glaze}, salad {greens washed, dried, and tossed with the chopped vegetables} and accompanying dressing were tucked into the refrigerator before I left for school pick up.  Returning home, all I needed to do was transfer the wings to a baking sheet, place in the oven for forty minutes and toss the salad with the dressing.  A dinner like this can make you feel like a super hero, especially when the children declared these to be the best sticky wings they have ever had {and I must agree with them}.

The recipe, below, for the chicken wings is my adaptation of the sticky wings found in Nigel Slater’s, The Kitchen Diaries.  The original calls for chicken wings to be tossed with a simple sauce of honey, lemon juice, garlic and grainy mustard…

But, for whatever the reason, I was craving a bit more flavor…something dynamic that would introduce the smells and tastes of autumn without adding an overly sweet flavor to the dish {after all, we were coming off of simple grilled cheese sandwiches the night before!}.  My choice:  a sprinkling of Chinese Five Spice Powder just before putting the wings in the oven to bake…

The honey, lemon, garlic and mustard served as a great base but this intense spice blend of cinnamon, anise seed, cloves, ginger and fennel seed contributed an earthy flavor with a touch of zing.  In my opinion it was the flavor that really made the final dish.  The children would disagree with me on this…for them, the blue~ribbon addition was pomegranate molasses.  I never intended on adding this to the marinade/glaze but, after removing the wings from the marinade onto the baking sheet, the mixture seemed pale and a bit thin for my taste.  I didn’t want to add any more honey {fearing an overly sweet taste} and I wanted to deepen the color of the wings…enter, pomegranate molasses. Adding just a tablespoon of this tart/sweet elixir, most commonly found in Mediterranean cooking, to the marinade/glaze resulted in a slightly fruity essence to the wings, a perfect complement to the honey and spices.  The result…perfectly sticky {and not too sweet} wings with a bit of spice…

As luck would have it, a mere 20 pages later in his book, Mr. Slater delivers a recipe for “A Crisp Salad For A Cold Day”. Now, despite a partly cloudy start to yesterday, I can hardly claim that we have hit the “cold” temps here in the SF Bay area but this salad is classic greens + vegetables, with a tangy, light dressing…the crisp, clean flavor of the salad was a perfect foil for the sticky chicken wings.

The salad’s very basic foundation is made up of mixed greens, cilantro, carrot, cucumber and tomatoes but it is given a punch a flavor from the dressing…a combination of fresh ginger, shallot, rice vinegar, sweet chili sauce and a dose of water…

Water? Yeah, I know…but trust me, I performed the experiment and it WORKED!  The water kept the dressing really light and focused the flavor on the fresh vegetables, ginger, shallot and the chili sauce.  Keep in mind that this salad is meant to be super crisp, so if you are preparing the dish in advance make sure to keep it cold {sans dressing} until you are ready to serve.  Your reward will be a super crisp, healthy salad with a punch of flavor to go with those sticky wings… 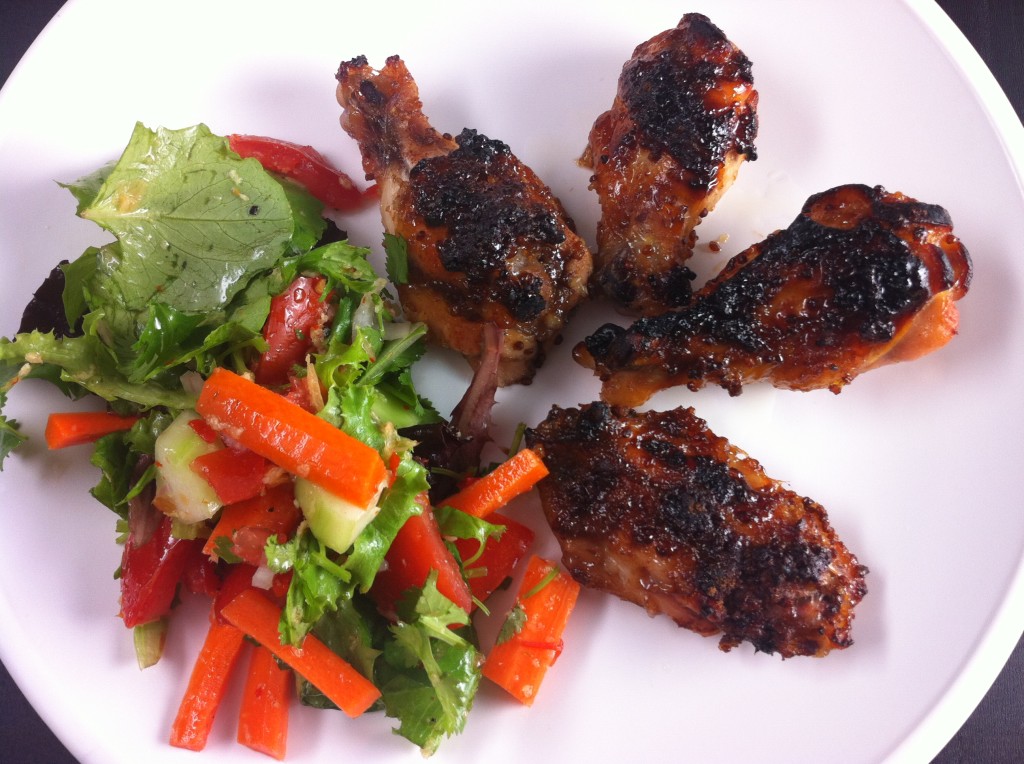 So, I began this post at 5:19pm…it is now 10:22pm.  A few homework problems, dinner, clean up, and 2 loads of laundry have accompanied me on the journey of this post.  Thanks for traveling along!