I woke this morning to the sound of a light rain.  With windows left open from a warm autumn afternoon yesterday I listened as the soft shower fell upon the ground covered with crisp leaves.  The sound of footsteps in the yard below my window pulled me from my spot beneath the covers.  I arrived at the window just in time to spot a large buck searching in the ivy beds for any colorful petals which might serve as a tasty breakfast.  Taking one step to reach for my robe revealed my presence to the animal and, after a moment of staring at each other, he was gone.  Almost as if it could sense my contemplation of returning to bed, the alarm clock went off, dutifully reminding me of Monday’s arrival.

The weather did not deter us from our original plan of heading to the beach with the horses this afternoon.  By the time we reached the barn the rain had stopped and, as if rewarding us for our persistence, the sun broke through the clouds as we pulled down the driveway on our way to the coast.  The beach is usually quiet on Mondays, as most beach goers enjoy their time at the water on the weekends, but today even more so, most likely as a result of the weather.  The bright sunshine enjoyed during our ride gave way to dense fog at the coast and, despite the low tide, the surf was rough.  Neither the horses nor the girls minded though and after their conditioning workouts were completed they enjoyed some playtime in the water…

We made it back just in time to pick up Max from football practice at 6:30 and, after leaving the house at 7 a.m. this morning, we walked through the kitchen door at 7 p.m.  I was so happy that I had made this soup ahead of time on Sunday afternoon.  Coming home to a warm soup waiting for us in the slow cooker was such a treat after being out all day.  We were all exhausted so this soup dinner was enjoyed, on it’s own, as we sat around the kitchen island sharing stories of our day.

The soup itself was inspired by this recipe which calls for a mix of peeled, seeded fresh tomatoes and canned tomatoes {the method for peeling and seeding tomatoes is not difficult but, if you have never done it yourself, you can click here for simple step-by-step instructions}… 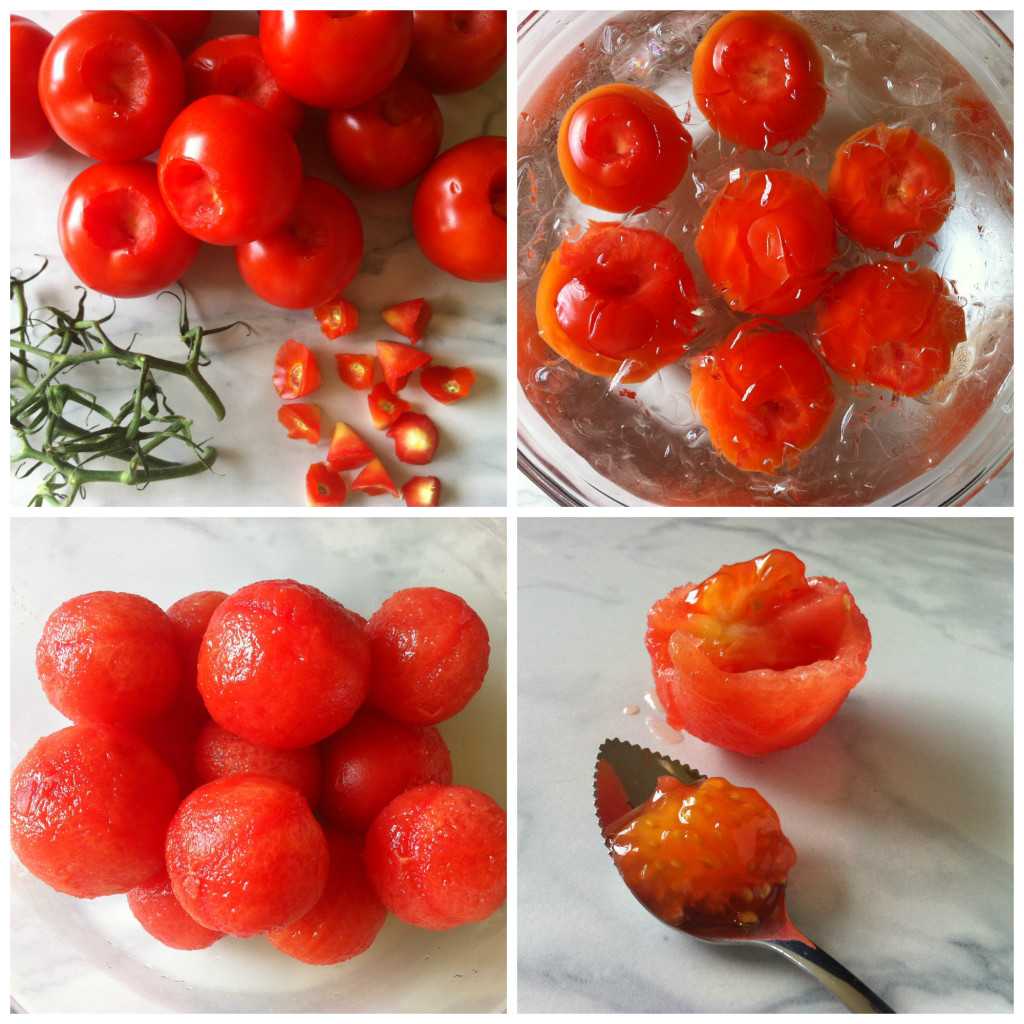 Once the tomatoes have been peeled and seeded the soup comes together quite easily.  I must admit, however, to taking great liberties with the recipe as old habits die hard…adding tarragon {instead of thyme} and Vermouth…two tastes I find absolutely necessary for a classic tomato soup.  In the end, the soup closely resembled my favorite slow-cooker tomato soup but with the addition of a wonderful, cheesy Gruyère tartine {similar to what you would find topping a traditional french onion soup}.  The classic combination of tomato soup and grilled cheese comes together in this one-bowl dinner…