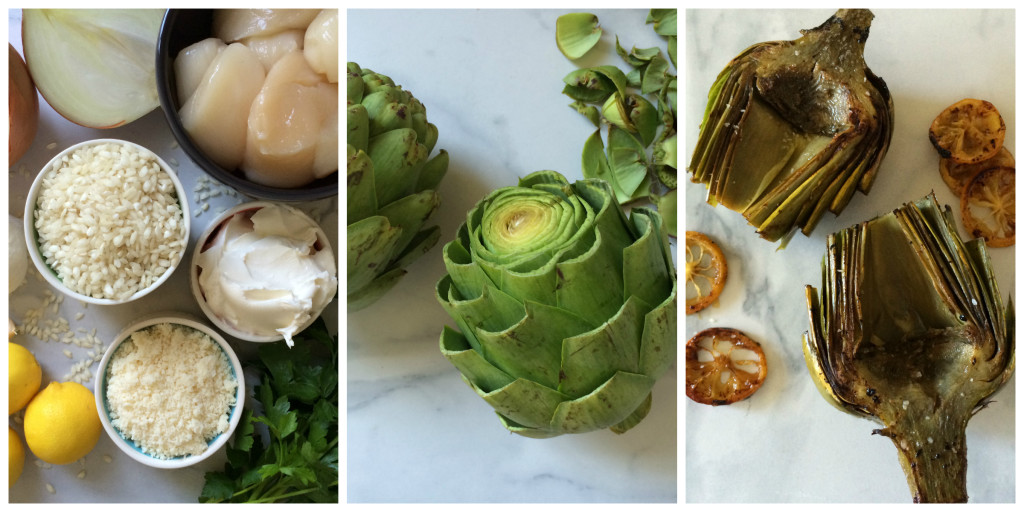 Ode to the Artichoke

artichoke put on its warrior suit 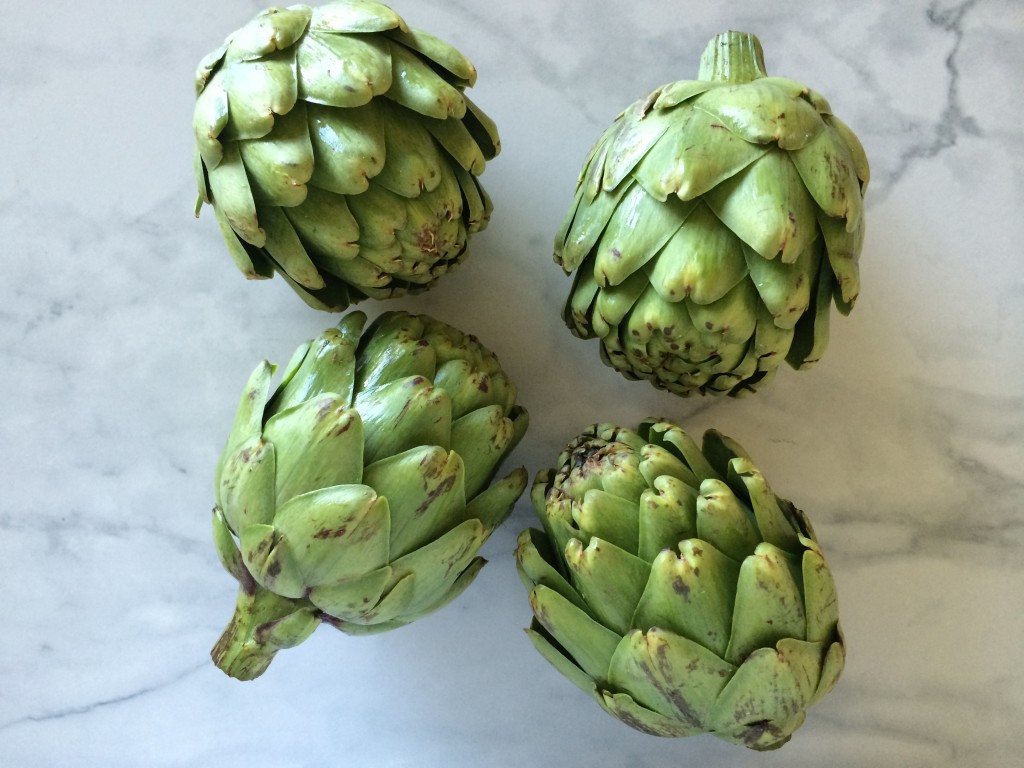 Right next to it

and twisted themselves into

that draw wine from the soil,

to fill the world with perfume,

and all the while sweet

in their corner of the garden

and just as proud. 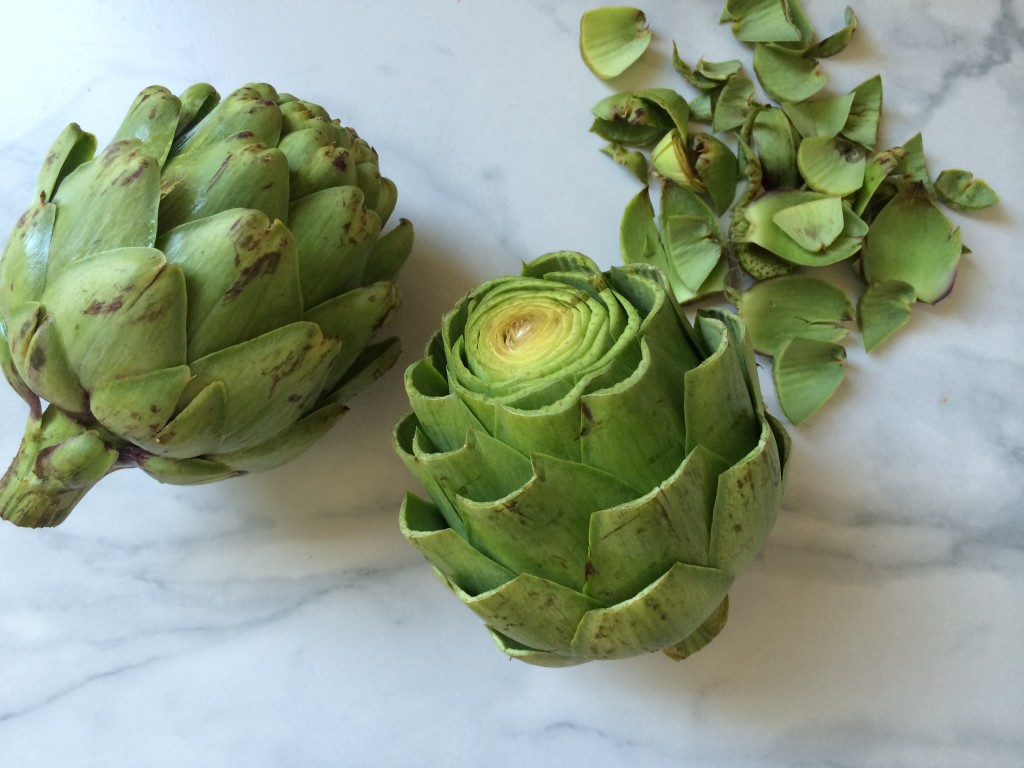 to make their dream come true:

they were never more warlike

than that day at the fair.

who stood amidst the vegetables,

of a falling crate.

with a basket on her arm.

she looks it over,

up to the light as if it were an egg.

along with a pair of shoes,

a cabbage and a

she drops it in the pot.

of the armored vegetable

we call an artichoke

comes to a peaceful end.

For the final act

plucking it leaf by leaf,

that lies at its green heart. 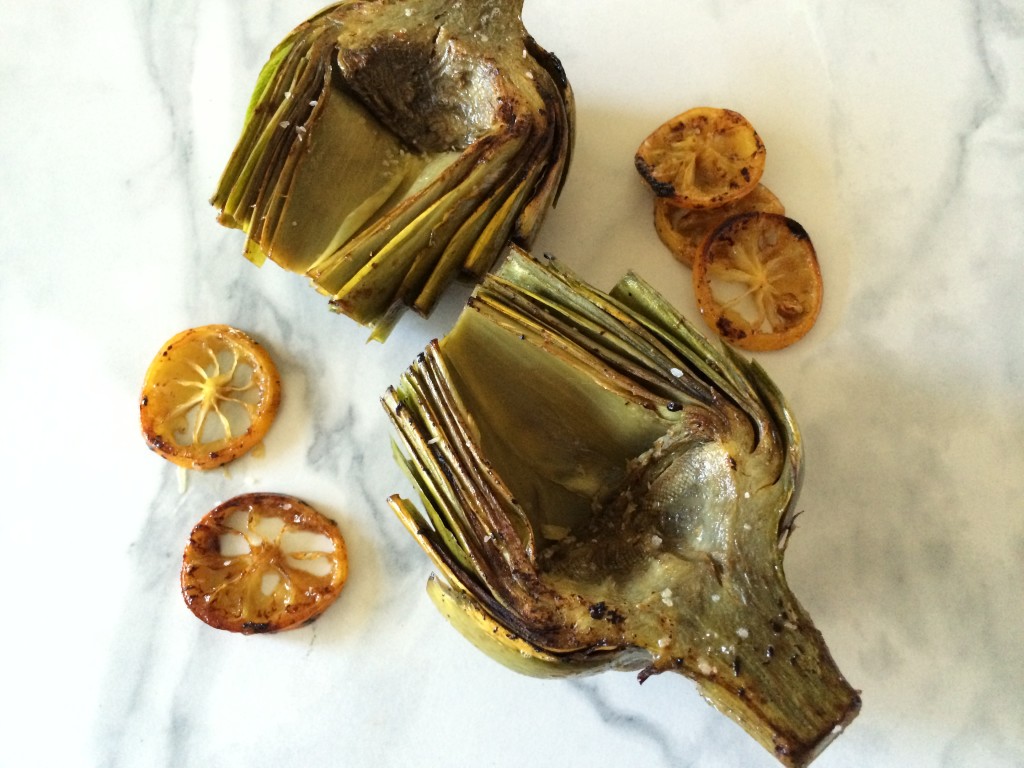 Buttery Pan~Seared Artichokes
2014-04-17 12:00:22
Save Recipe
Print
Ingredients
Instructions
Adapted from A Cozy Kitchen
Adapted from A Cozy Kitchen
THE DINNER CONCIERGE http://thedinnerconcierge.com/
Note:  these artichokes turn out so incredibly tender and buttery!  If you like to enjoy your artichokes with some type of dip check out this Ponzu Aioli.  We skipped the dip route as our artichokes were being served alongside a rich, creamy risotto for this dinner but, for an appetizer that aioli sounds wonderful!

As for the Scallops & Lemon Risotto… 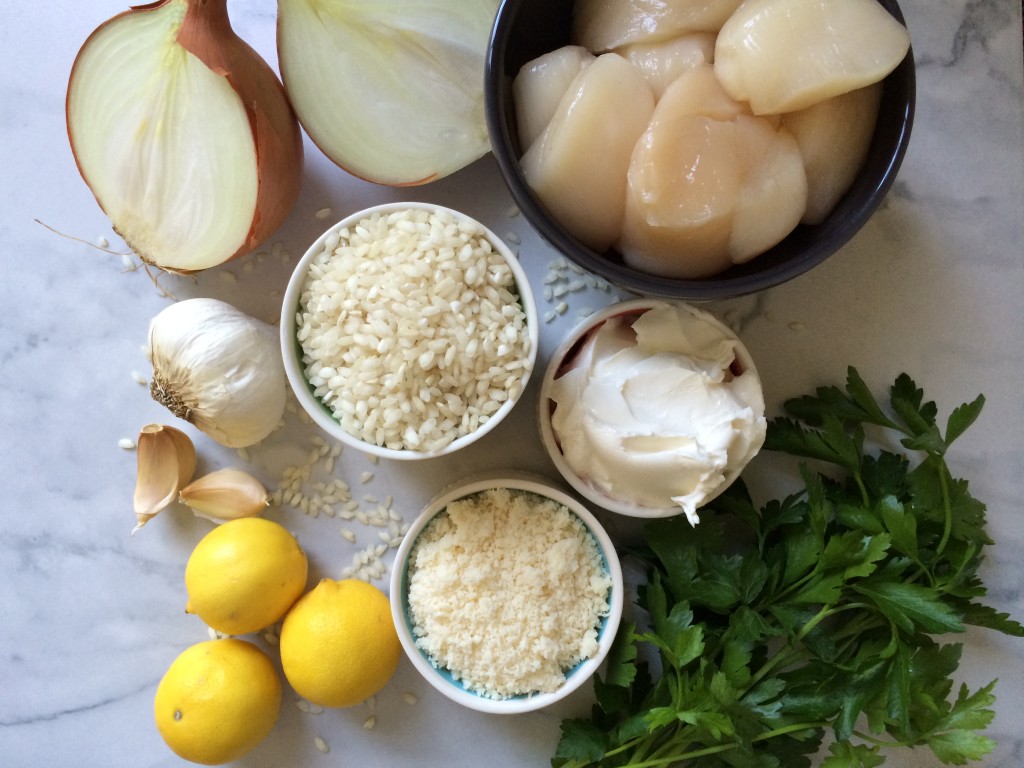 An incredibly smooth, creamy & rich {thanks to the addition of some mascarpone cheese} risotto that avoids the realm of “heavy” due to the infusion of fresh, bright lemon juice and zest.  The perfect bed for tender sea scallops which have been seared in golden butter… 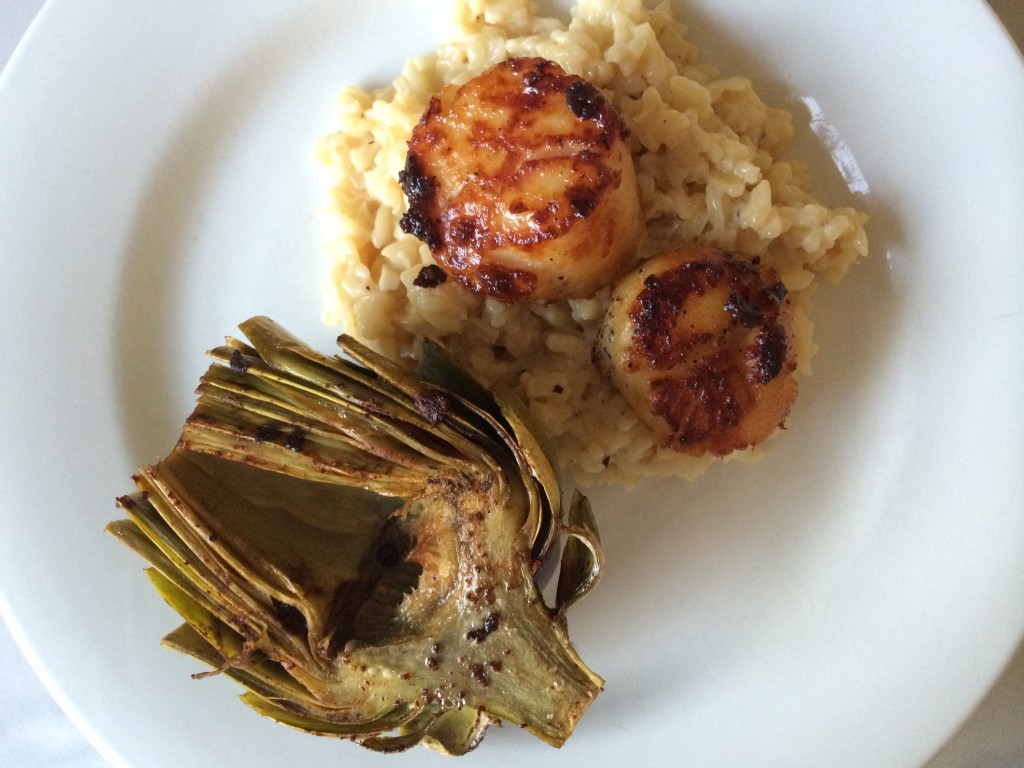