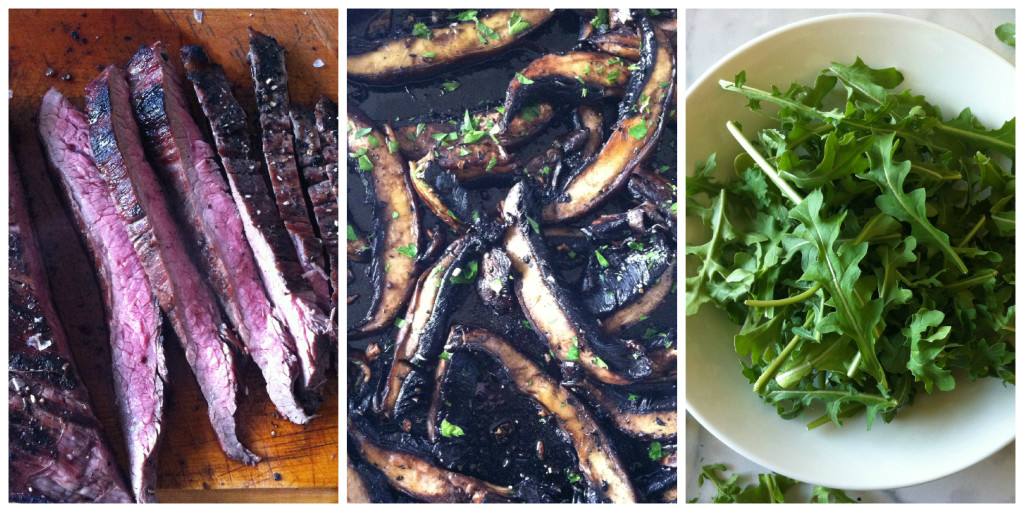 Some people think it is funny that I read…not just cook from…cookbooks.  Most cookbooks are known for well-styled photography of beautiful food that serves as eye candy for the reader, enticing the home cook into the kitchen to {re}create from their pages. But the ones that I am drawn to {and collect} most often have stories to tell.  For instance, in Canal House Cooking, Volume No. 4, {Andrews McMeel Publishing, 2010}, Christopher Hirsheimer introduces “Red Peppers Stuffed with Tomatoes” by stating that one of her favorite places to eat Italian food is in London and she then goes on to reference her world travels in earlier years…

“Back in the days when I was roaming around the world, I made it a point to fly through Heathrow whenever I headed to Europe.  Timing it right, we could take a big black taxicab into the city and lunch at Bibbendum before catching an afternoon flight on to Venice, Barcelona, or some other wonderful place.  Simon Hopkinson was the chef at the time and he made a version of these Piedmontese stuffed peppers from {Elizabeth} David’s book {Italian Food}.  This is my memory of the dish. ~CH”

There is no photograph accompanying the recipe, but my own mental images conceived from Ms. Hirsheimer’s written recollection, were successful in prompting me to make those peppers.  It is a wonderful recipe that continues to transport me “across the pond” each time I make it.

Similarly, this evening’s dinner recipe comes from an Italian restaurant located in London…POLPO.  In his cookbook, POLPO:  A Venetian Cookbook {Of Sorts}, {Bloomsbury, 2012}, Russell Norman paints the following visual when introducing his chapter on meat…

“As you wander around Venice…you will frequently happen upon a campo or a campiello.  These vary in size but almost always have a large circular well at the centre.  They are paved now, of course, but in previous centuries they were grassy pastures {campo means field} where cows would graze ~ an image that is difficult to reconcile now with a city that seems to be carved from marble.”

London, Venice…and now back home for dinner.  Mr. Norman writes:  “This is among the most popular dishes at POLPO and another one with very few ingredients.”  Wonderfully simple, this steak “salad” is extremely flavorful and comes together in less than 30 minutes {with little preparation}, making it an ideal weeknight dinner.

Flank Steak with Portobello Mushrooms {adapted from  POLPO:  A Venetian Cookbook {Of Sorts}, by Russell Norman} 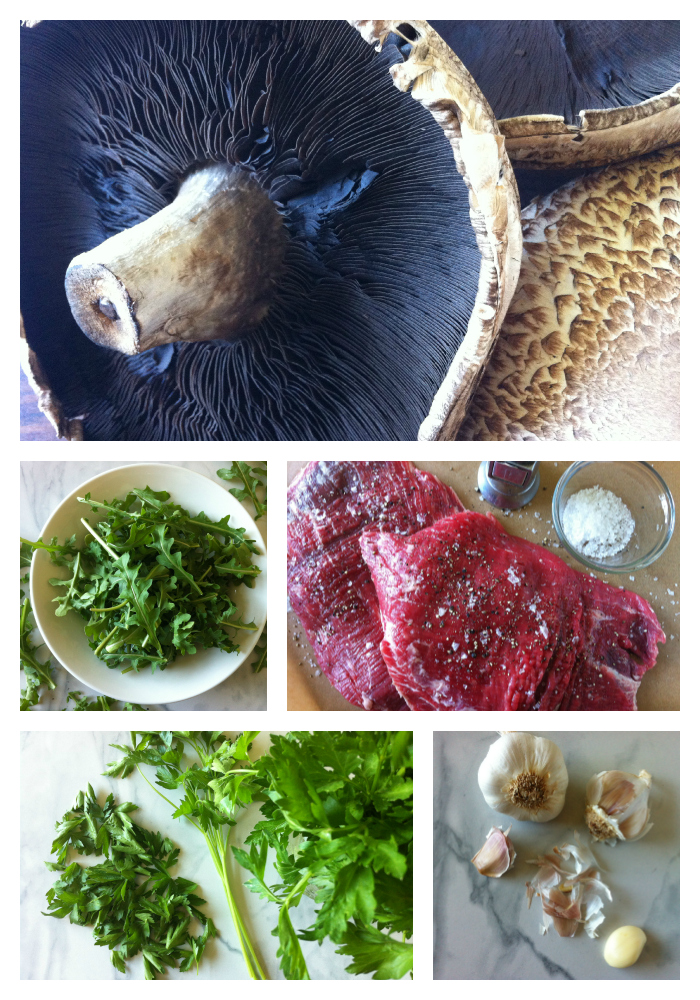 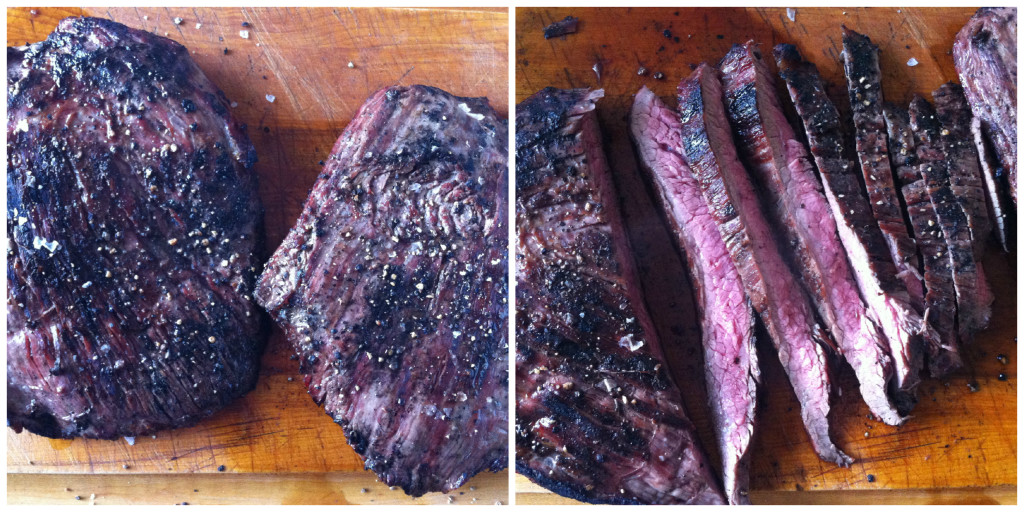 And the finished dinner plate… 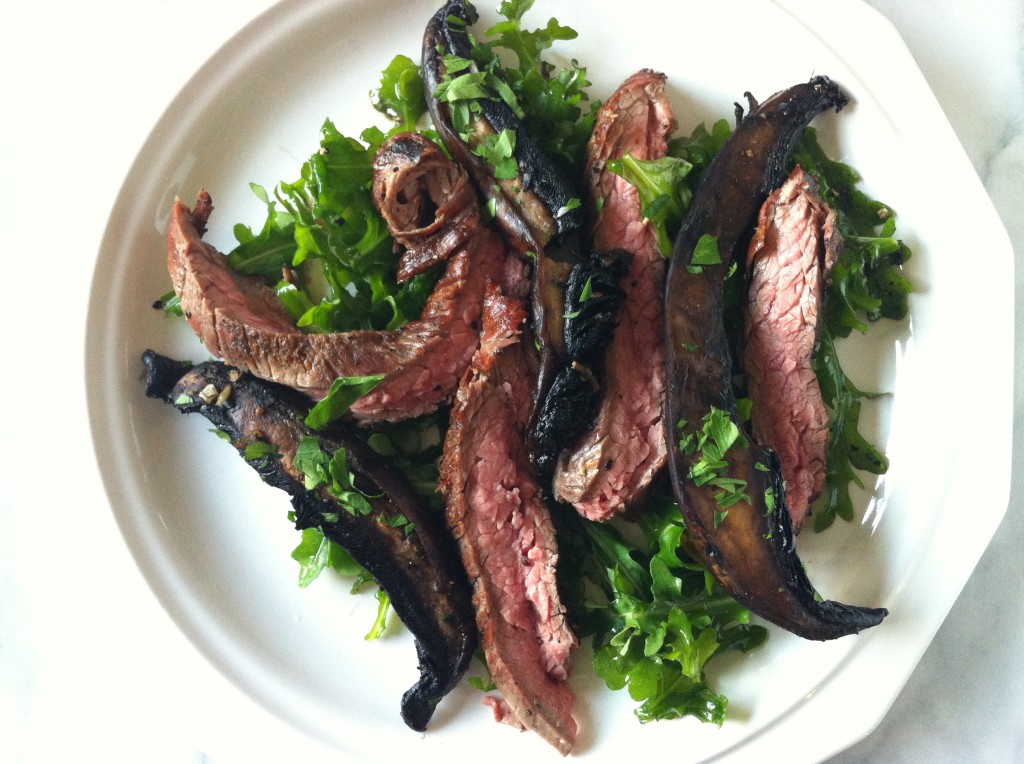