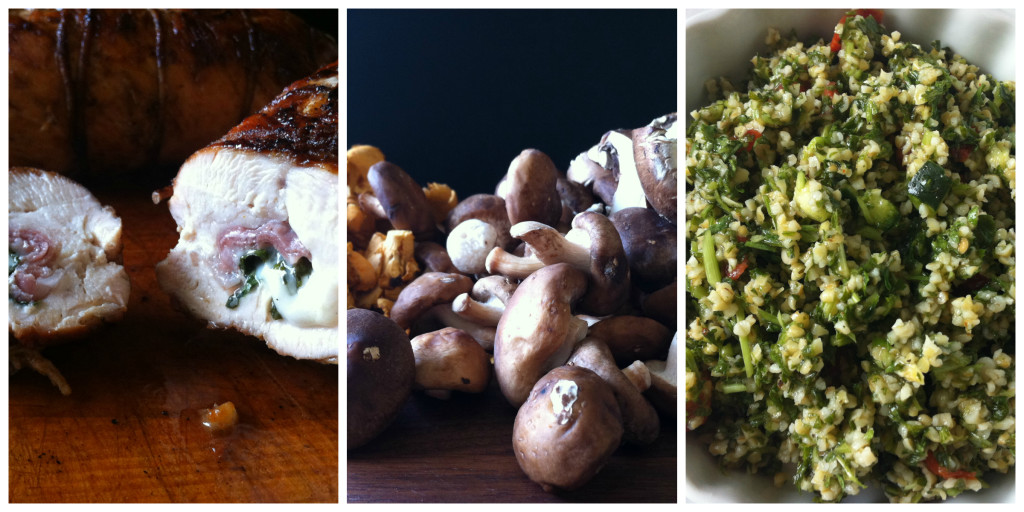 After all of the activity of last week, today was, finally…quiet.  Not a single alarm clock was set.  Michael was the first to awaken and, shortly after he made his way downstairs, the children and I followed, drawn to the kitchen by the aroma of freshly brewing coffee and bacon cooking in a skillet.  It was a gray, cool day today and Sunday morning coffee, usually enjoyed on our sunny deck, was savored in the warmth of our kitchen.  Morning horse rides at the barn were followed by a hike around the island in the afternoon and then home for an easy, wonderful dinner…a beautiful Sunday!

I prepared the chicken roulades in the morning.  I had our butcher pound the breasts for me so all I needed to do was stuff, roll & tie!   The roulades were placed in a baking dish, drizzled with a bit of olive oil, covered with foil and refrigerated. All I needed to do at dinner time was cook the chicken, prepare the mushroom sauce {this is all done in the same pan} and remove the tabbouleh from the refrigerator, letting it come to room temperature before serving…dinner was ready in 30 minutes! 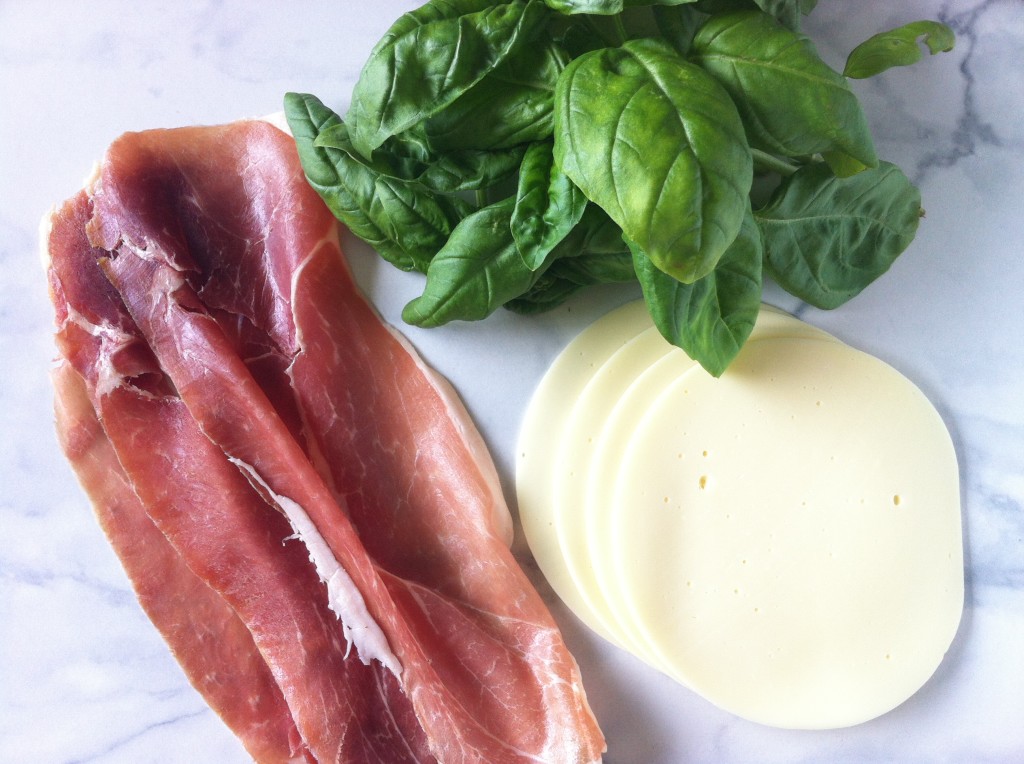 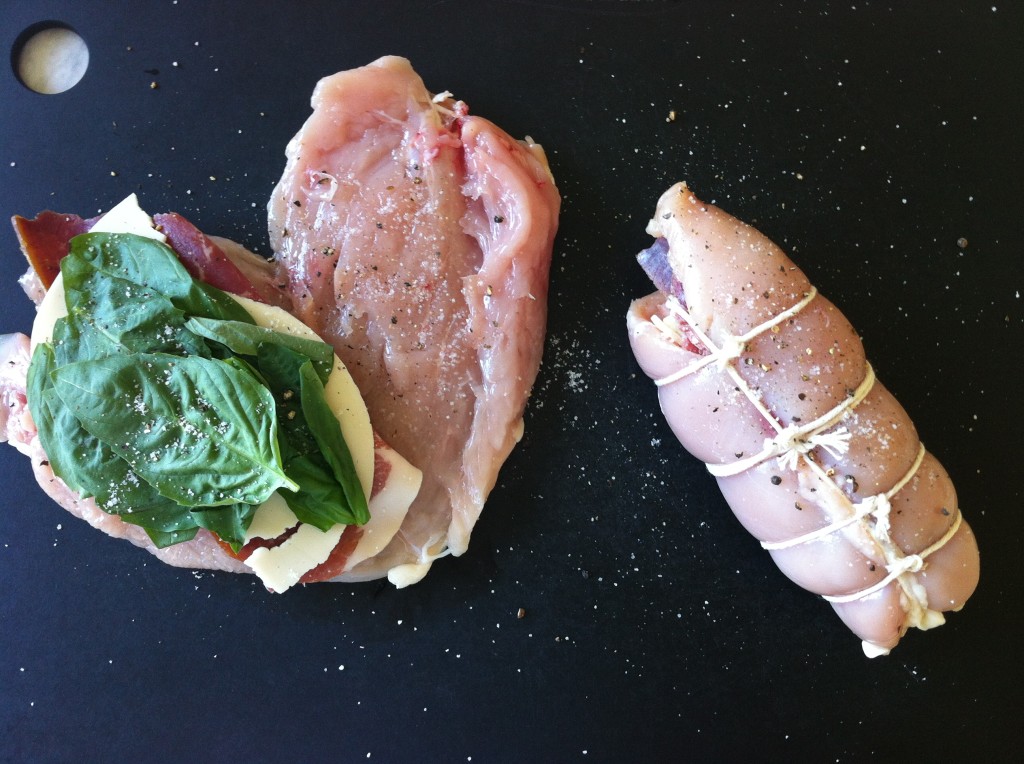 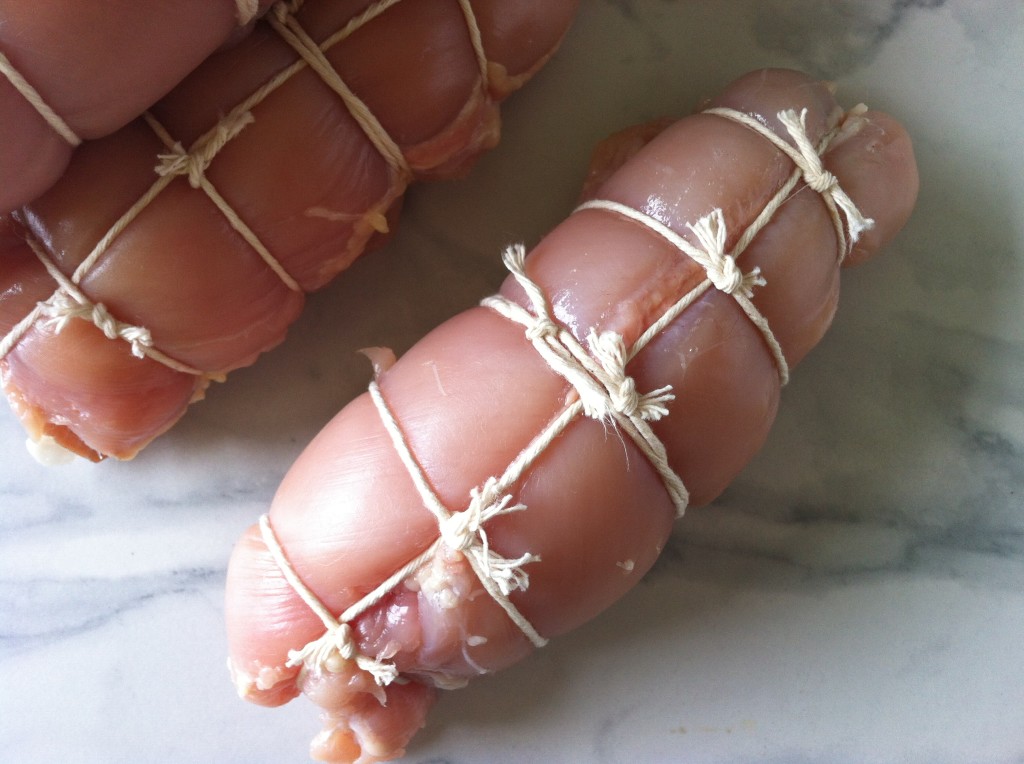 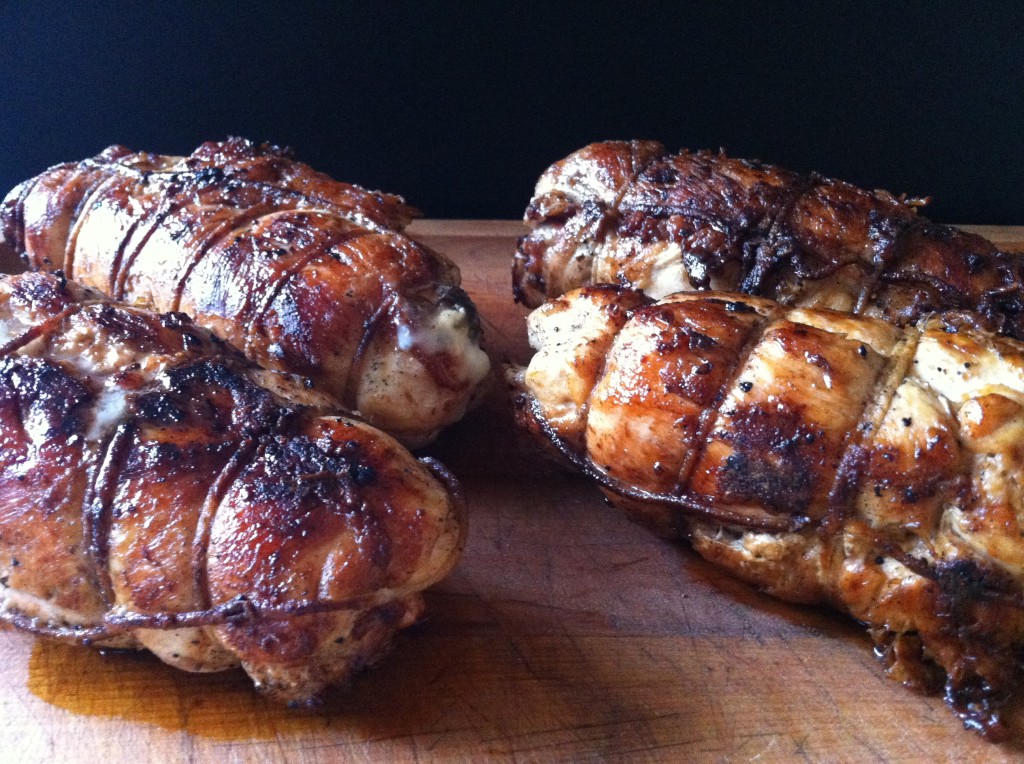 And after resting for 10 minutes… 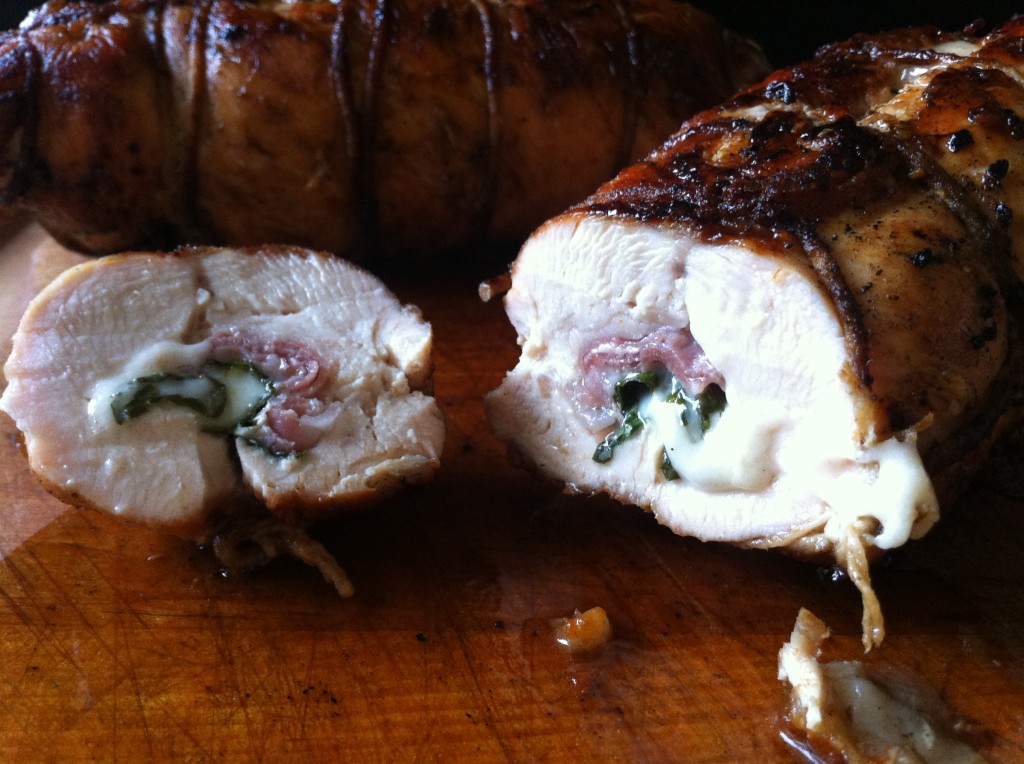 Fresh mushrooms from yesterday’s farmers’ market for the pan sauce… 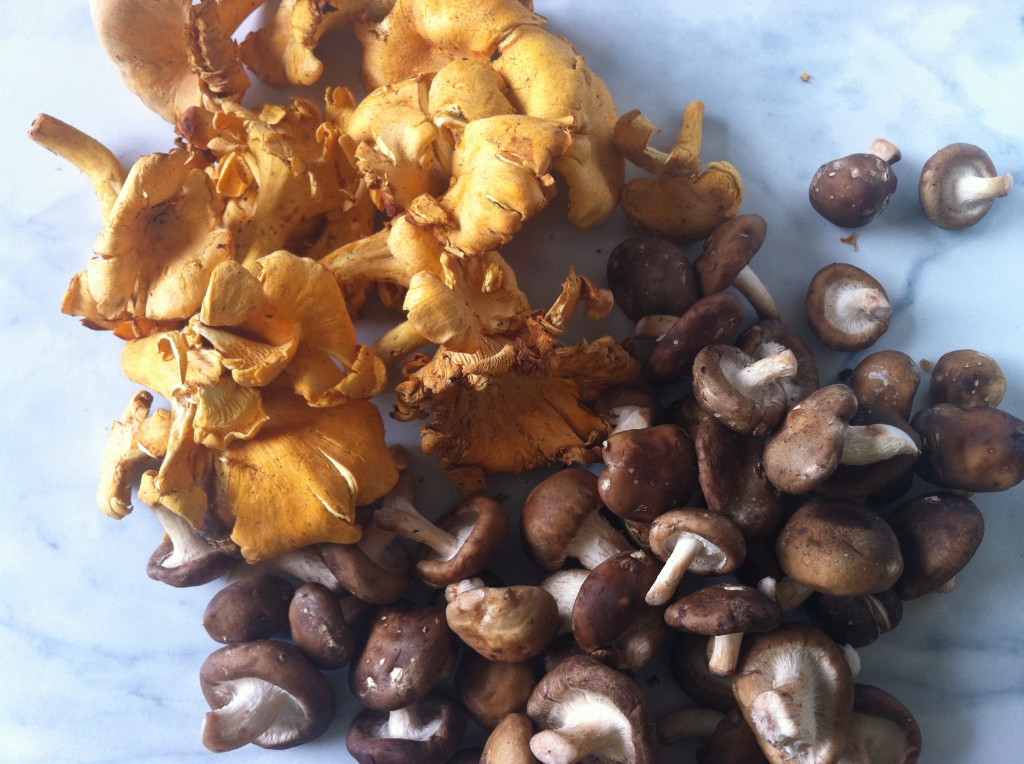 And a tabbouleh {left-over from last night’s dinner and prepared according to this recipe, substituting fresh farmers’ market cherry tomatoes for the plum tomatoes in the original recipe} round out our dinner this evening… 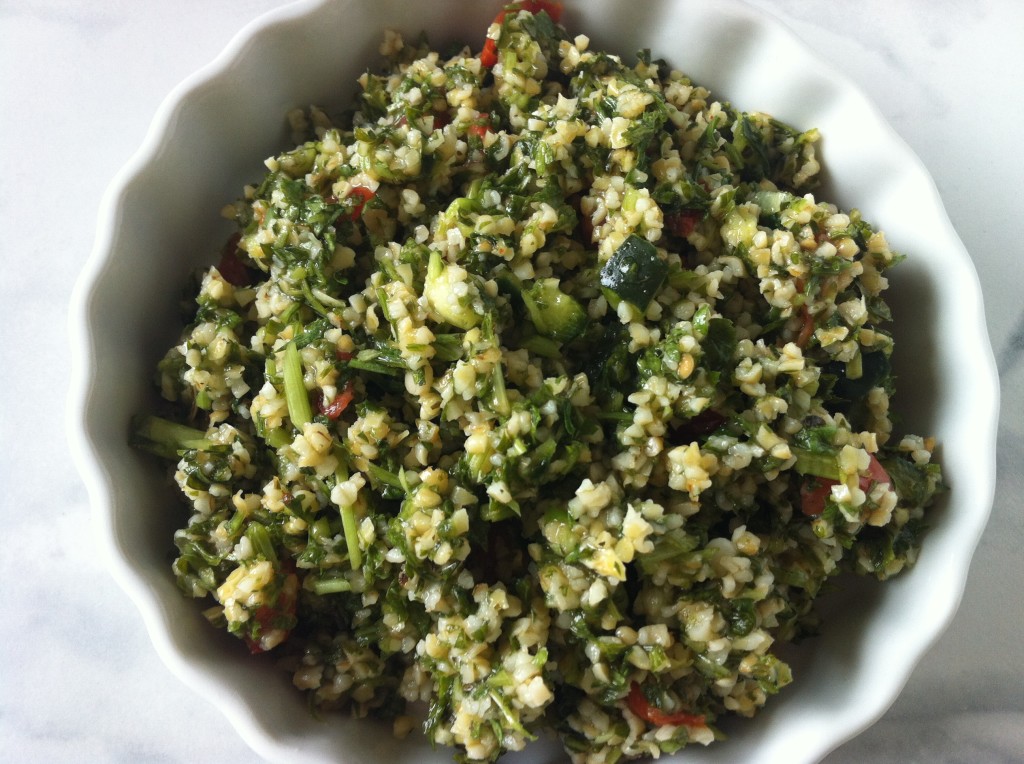 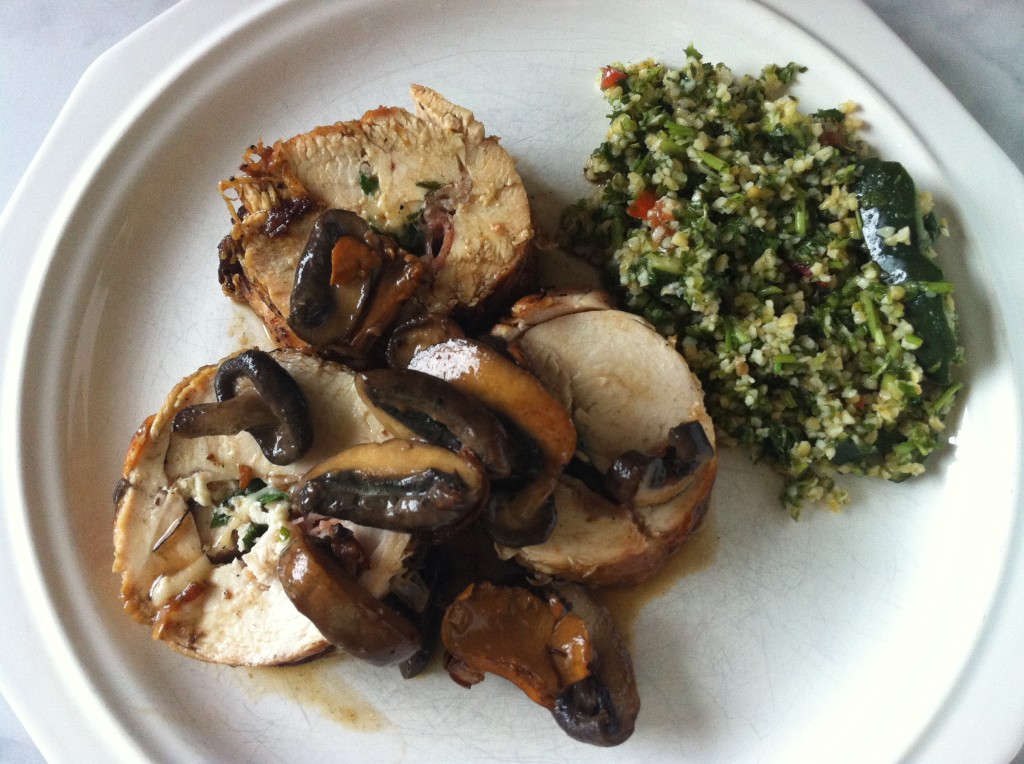