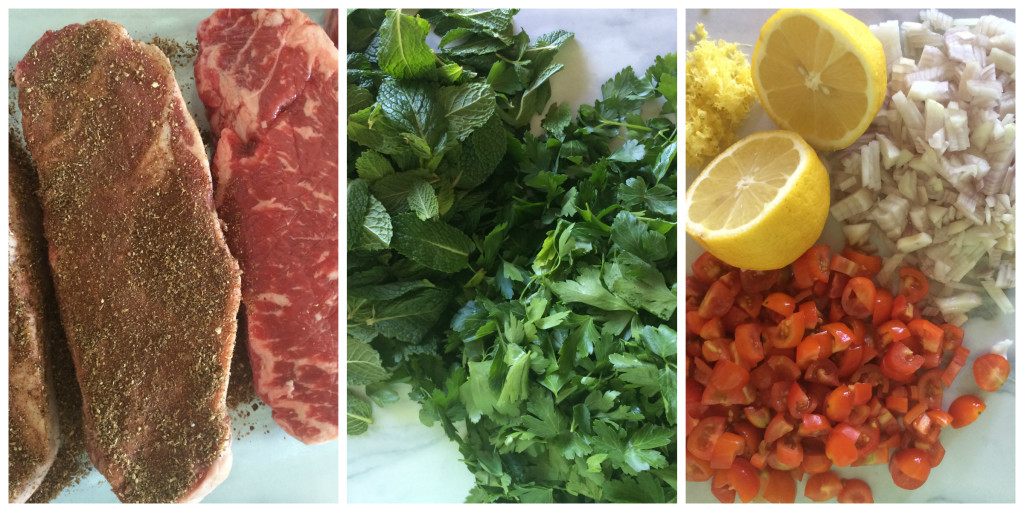 I have never found myself particularly attracted to the cuisine of the Middle East, India, Thailand, Africa or the Mediterranean.  Not because of any dislike mind you but rather ignorance.  Not having been introduced to those foods growing up, my tastebuds were honed on roast beef and mashed potatoes rather than lamb meatballs with barberries, yogurt & herbs.  Don’t get me wrong…I love roast beef and mashed potatoes, but, as I educate myself and look for ways to improve/balance our American diet, I find myself drawn to the cooking of those regions.  If you follow this space regularly, you know that I have fallen in love with Yotam Ottolenghi’s & Sami Tamimi’s Jerusalem, A Cookbook.  The more I cook from that volume the more I find myself craving those tastes and smells.  Nigel Slater hit the proverbial nail on the head for me when, in his The Kitchen Diaries he writes {referring to the foods of these warmer climates}:  ”Much has to do with fragrance.  It is what makes me buy an ingredient, it is what brings me to the table.  Mint, garlic, rosewater, lemons…cilantro, cumin, orange blossom water.  These are the scents that make me want to cook, that make me want to eat.”  ~  Kristin  |  The Dinner Concierge

I wrote that excerpt nearly a year ago regarding this dinner which we enjoyed on a warm spring evening in May.  I still find myself  drawn to “those tastes and smells”, referred to above, particularly when the weather begins to warm up and the sun lures fragrant blooms from their winter retreat.  So was the case this past Saturday morning, when I sat on our sun-drenched deck reading the March 2014 issue of Food & Wine and came upon the article, “Lessons from a Mezze Master”, in which fashion designer, Reem Acra, shares some of her favorite Middle Eastern recipes.  Sitting and basking in the warmth from the brilliant morning sunshine, I could practically taste the cool, crisp flavors of her herb~heavy tabbouleh packed with parsley, mint and lemon.  As for her Hummus with Spiced Beef and Pine Nuts…featuring a topping of ground beef flavored with ground allspice…I knew I could adapt her mezze dish into a meal. The resulting dinner did not disappoint.

Preparations for our Sunday dinner {which, in total, took about an hour} began with the hummus.  I followed this recipe which always yields the most “ethereally smooth” hummus I have ever tasted {the secret is in peeling the chickpeas!} and which has become our go~to hummus recipe {I have prepared the recipe using dried chickpeas, which have been soaked and cooked, as well as canned chickpeas and, either way, the hummus turns out equally great.  The canned variety, which I used for this dinner, will obviously save you a bit of time}… 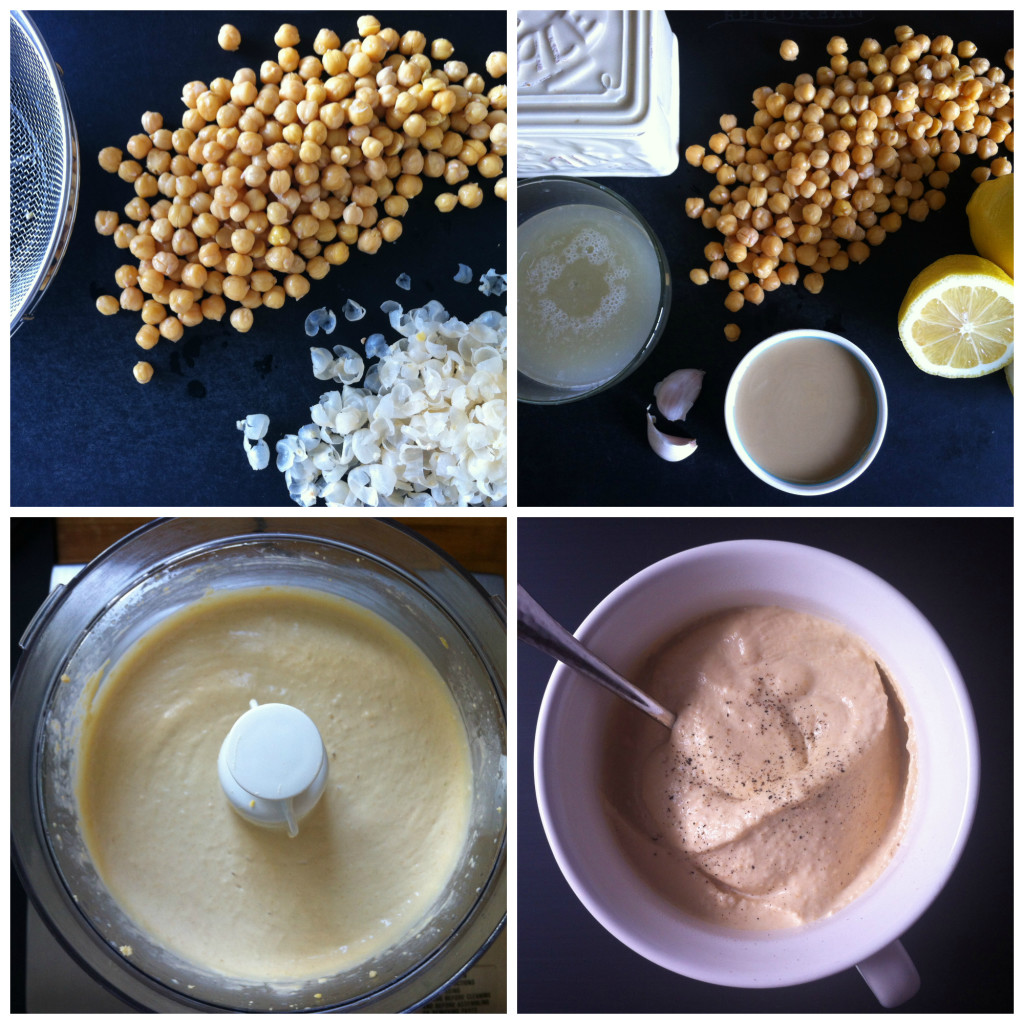 As I mentioned earlier, Reem Acra tops her hummus mezze dish with ground beef spiced with a bit of ground allspice.  I liked the idea of  flavoring beef with fragrant Persian spices and choosing NY strip steaks, destined for the grill, turned her mezze dish into a wonderful Sunday dinner.  I have prepared Baharat {a Middle Eastern ground spice blend featuring peppercorns, coriander seeds cinnamon, cloves, allspice, cumin seeds,  cardamom pods and nutmeg} before with great success in seasoning these Beef & Lamb Meatballs  so I felt confident in using it as a dry rub for our steaks… 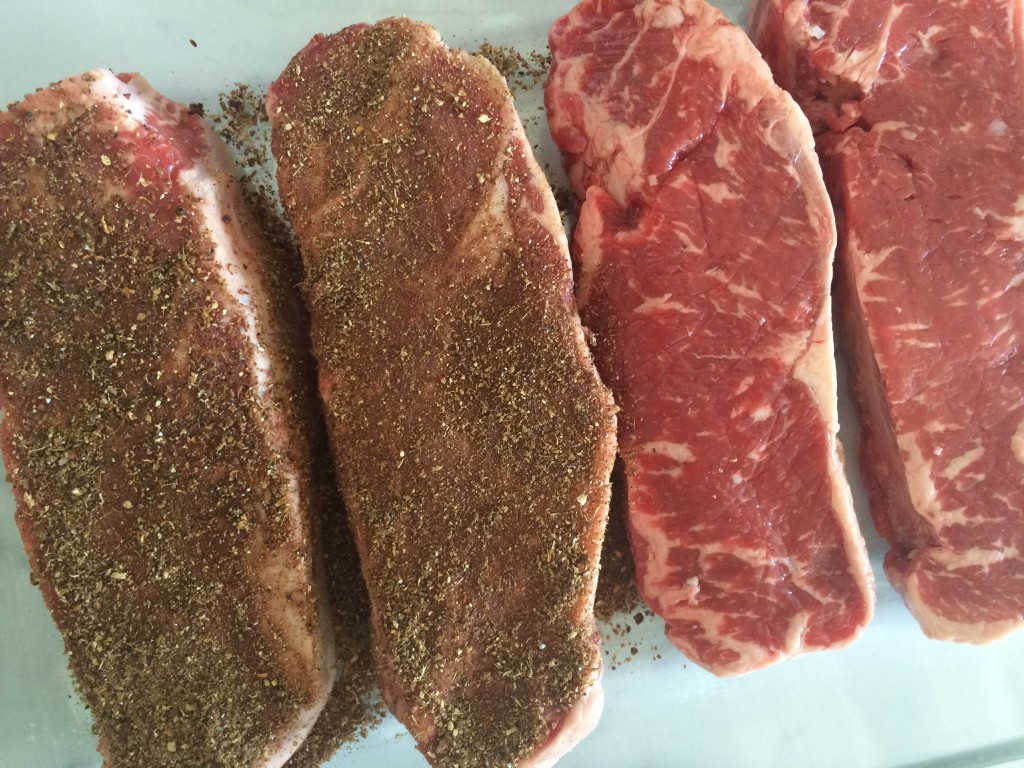 The fragrant spice blend lent a wonderfully subtle flavor to these prime cuts of beef.  Once the steaks were rubbed with the spices they were set aside to come to room temperature before heading to the grill.  In the meantime, I prepared the tabbouleh… 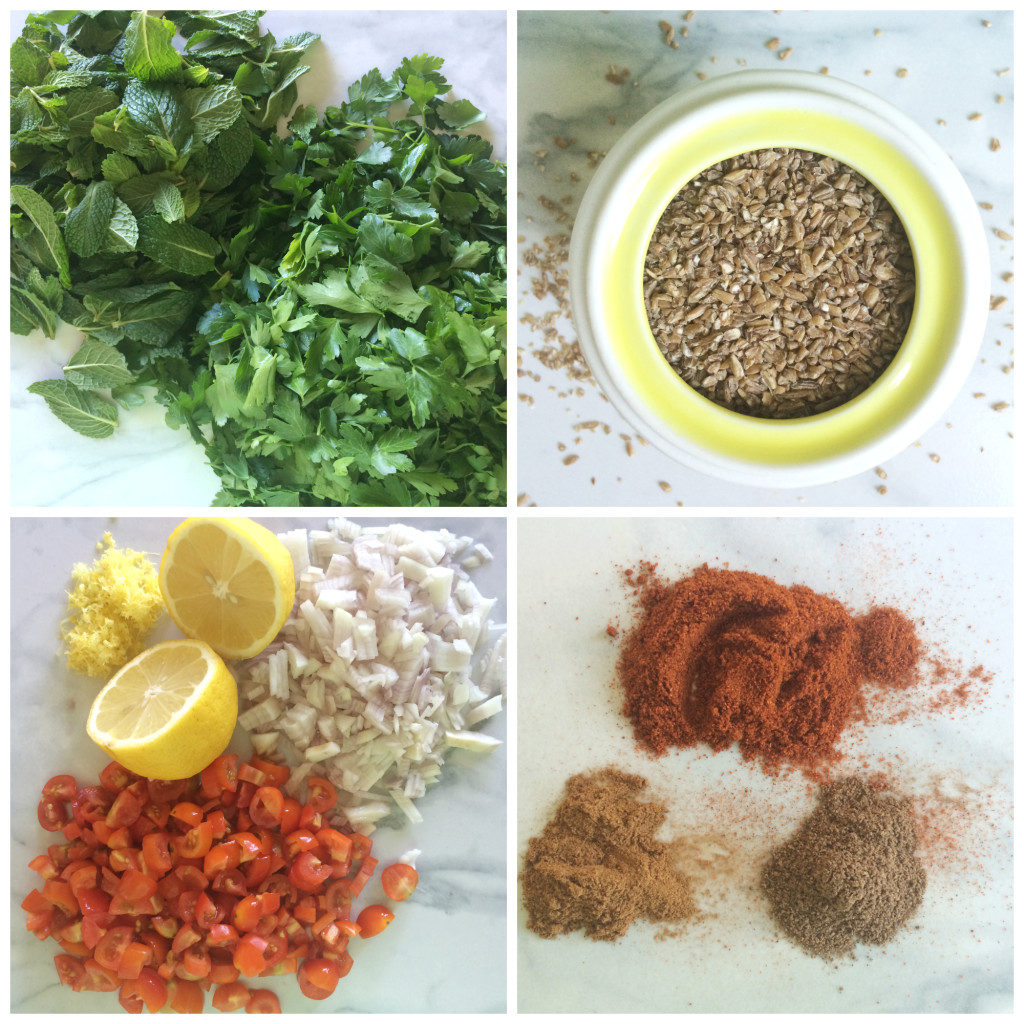 As noted by Food & Wine, this “herb~heavy version of the Middle Eastern classic swaps the usual ratio of bulgur to herbs, making it brighter, leafier and less grainy.”  The salad received rave reviews by everyone at the dinner table!  I only slightly adapted Reem Acra’s recipe by using a bit more bulgur, sweet cherry tomatoes and shallot instead of onion.

Finally, while the steaks cooked {to medium~rare} on the grill, I cut two pita into wedges, brushed with a bit of olive oil and a sprinkling of salt and toasted in a a 425°F oven for about 5~7 minutes until golden brown.