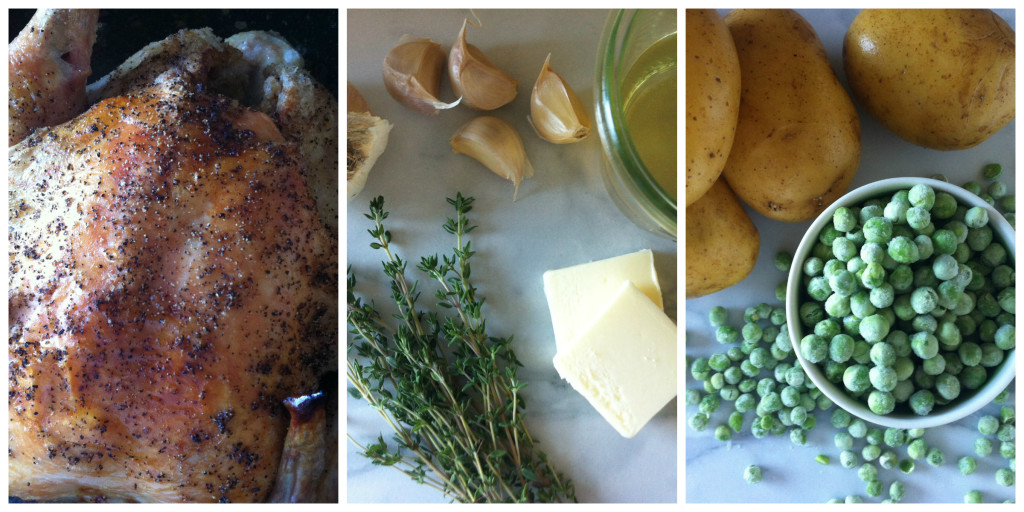 Chicken…more often than not, finds itself as a supporting cast member, rather than in the starring role, in the world of daily dinner theater.  We roast and simmer it to make stock {the work~horse of many kitchens, home as well as professional}, turn it into soup which nourishes us when we are ill, prepare it as a second place consolation award when other prize-winning cuts of meat {standing rib roast, crown roast of pork} fall outside budgetary restrictions…even it’s cousin, the turkey receives top-billing at the holiday dinner table…but, I say it is high time we give this versatile bird it’s rightful spot on center stage, directly under the spotlight.

Unlike so many other cuts of meat, chicken can handle a wide variety of preparation methods…roasted, braised, fried, grilled, poached, stuffed, pounded {heck, we even stick the poor thing over a beer can}…with great success.  Not to mention it is a virtual blank canvas for a multitude of sauces, dressings and sides.  But, like so many other natural beauties, I find chicken is at it’s best when trimmings are few and the preparation is simple.  Like a good vanilla ice cream {an opus of cream, sugar and a vanilla bean}, a chicken, simply roasted, is a testament to the marriage of a few quality ingredients.

For several years, I have been roasting chickens using this method from Alice Waters and it produces perfectly cooked, moist, tender chicken with lovely golden-brown skin…EVERY. SINGLE. TIME.  So, when I came across this article at Food52 which touted a recipe for “The World’s Best Roast Chicken”, inspired by Thomas Keller, I found myself getting excited at the prospect of a showdown between those two culinary icons right here in my own kitchen. 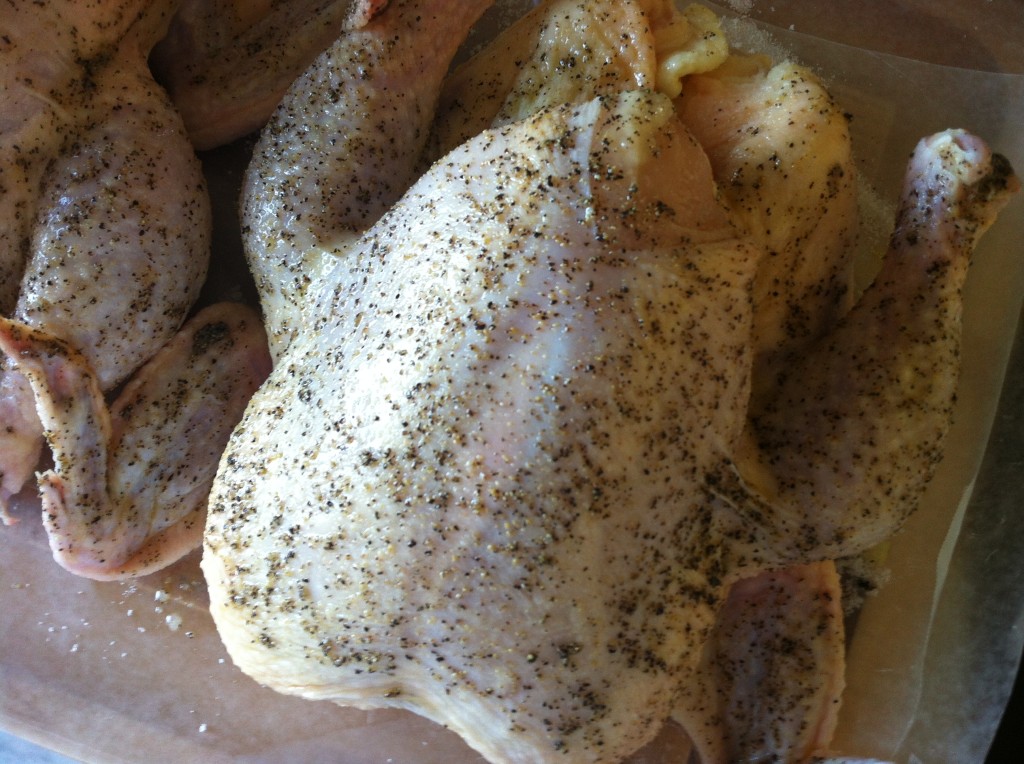 But a slight difference appears in the cooking method.  Alice Waters’ advocates a lower cooking temperature {400°F} and rotating the birds {twice} during the cooking process.  The method inspired by Thomas Keller sets the oven temperature a bit higher {480°F} and instructs NOT to open the oven for the first 45 minutes at which time you can begin to check for doneness.  Our two birds took less than an hour {55 minutes} to finish cooking and they emerged from the oven with gorgeous amber-colored skin… 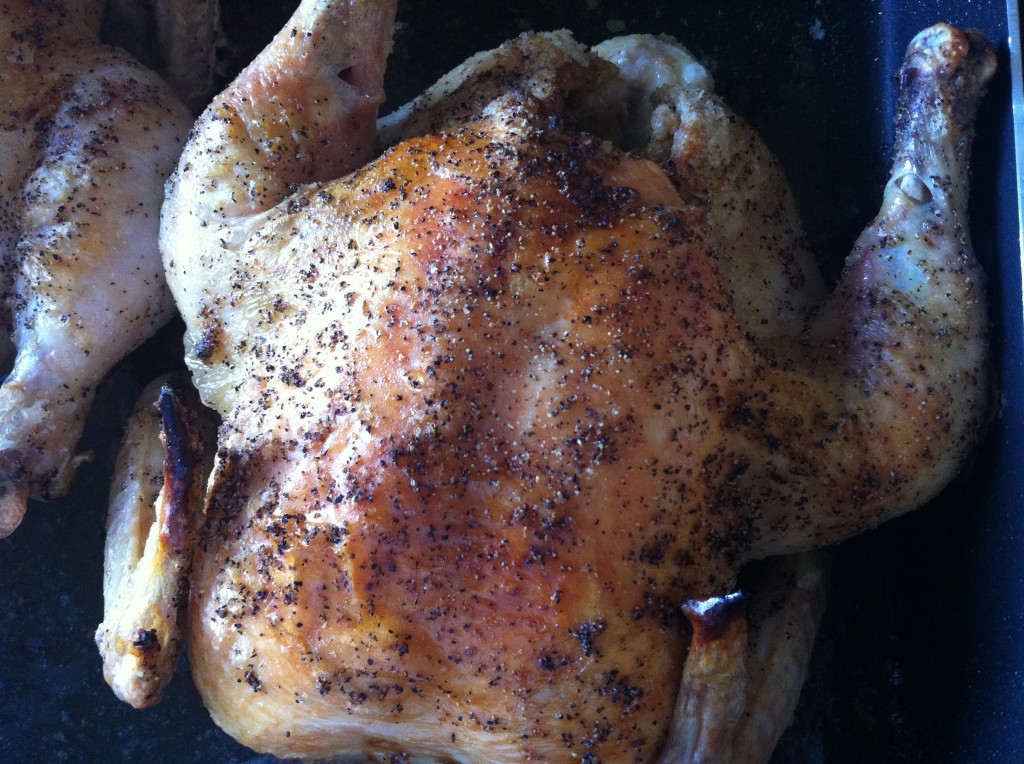 Both chefs highly favor complementing roast chicken with herbs and tonight fresh thyme makes it’s contribution to the pan gravy.  The pan drippings produced from the chickens during the cooking process are the foundation for this wonderful sauce which adds just a few other ingredients {butter, thyme, garlic and white wine}… 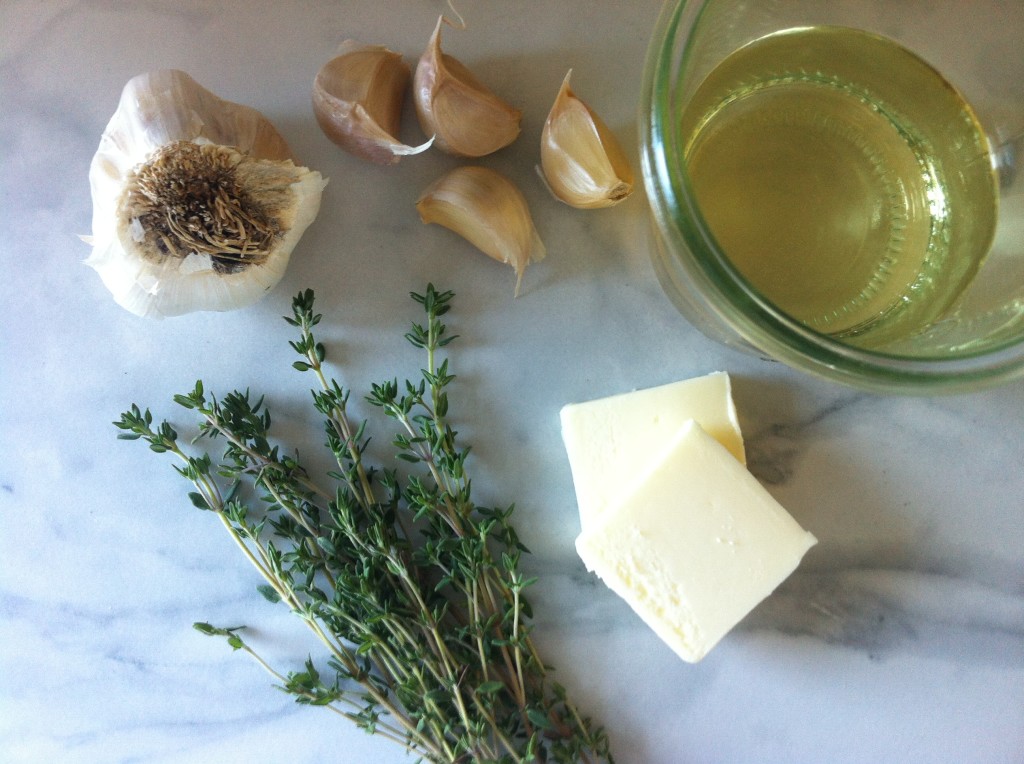 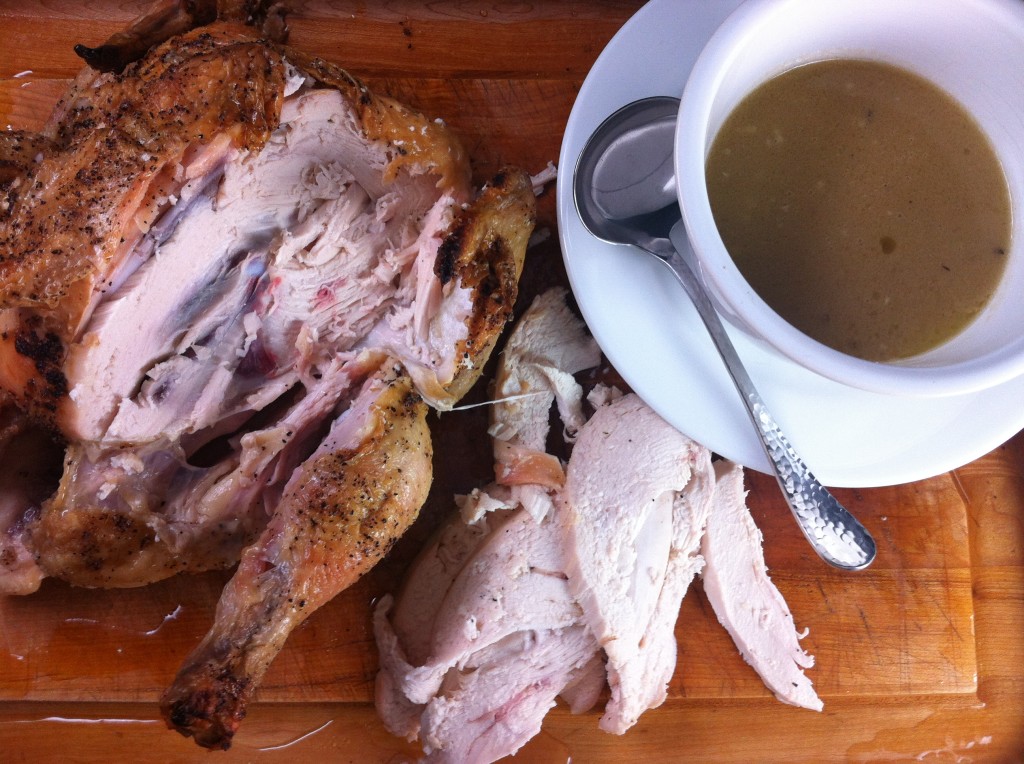 Now, I had every intention of preparing mashed potatoes, along with peas, to accompany our chicken this evening… 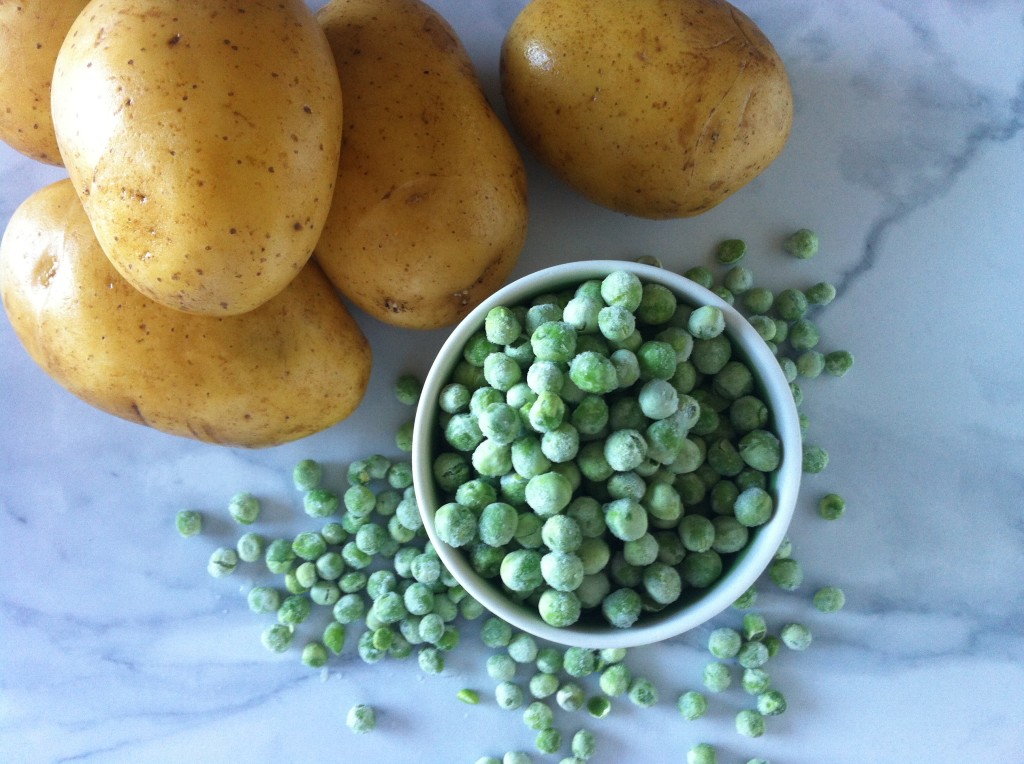 But, after tasting the AMAZING pan sauce I decided to simply boil the potatoes and serve {skin and all} with a drizzle of the gravy.  The result was INCREDIBLE! 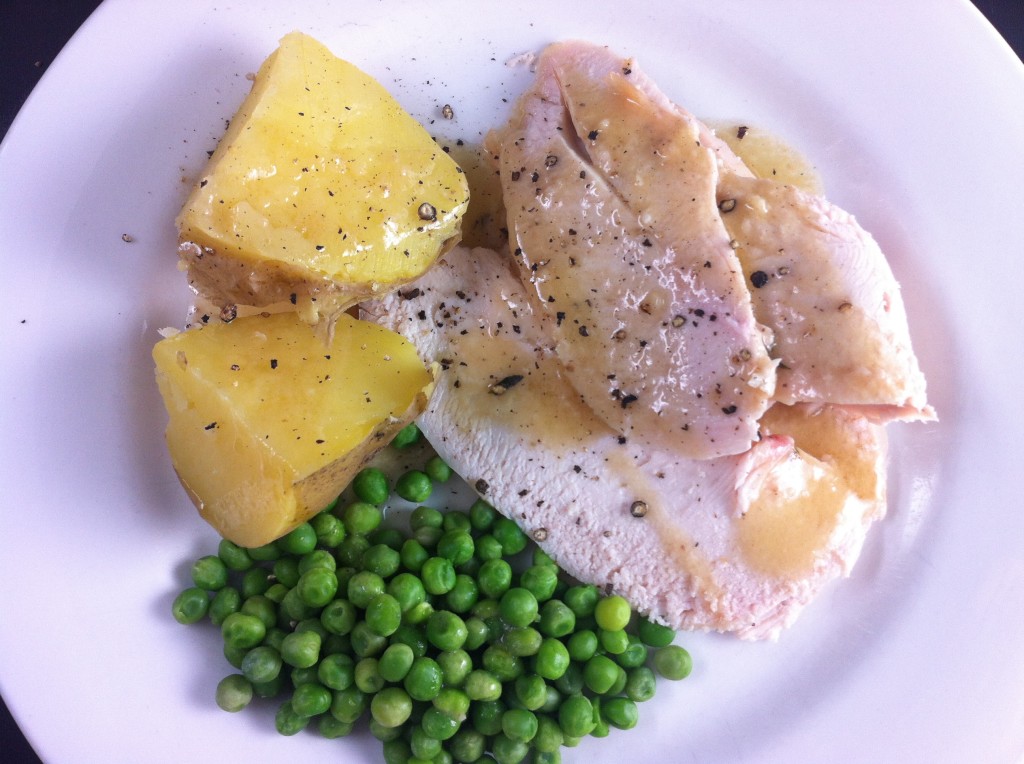 Who won the culinary showdown?  In the end, I must admit to a tie.  Both recipes produce such wonderfully tasty, moist meat with crunchy, salty skin.  A slight nod goes to Alice Waters’ version as I have used her recipe a countless number of times with consistently perfect results.  Give one {or both} of the recipes a try and I guarantee that you, too, will be singing chicken’s praises!