Next weekend we celebrate Memorial Day.  In towns all across the country we will remember the men and women who have died while serving in the United States Armed Services.  On a much less profound note, this holiday also marks the unofficial beginning of summer…the season for vacations, picnics & barbecues.  We will be away for the Memorial weekend {at a horse show} so on this Friday evening we are celebrating this seasonal milestone, in advance, with some traditional barbecue fare.

Unfortunately, my schedule today did not afford me two hours to tend a charcoal fire and ultimately smoke the ribs over wood chips so I adapted the recipe for Molasses Smoked Baby Back Ribs, from the June,  2013 issue of Food & Wine, for indoor cooking.  Tonight’s ribs were not as sweet as my traditional baby back ribs and had a bit of heat on them from the various spices used in the mop sauce.  The kids each gave a nod to my version while Michael & I enjoyed the more “grown-up” taste the molasses lent the sauce we used this evening.  Both versions, however, yield wonderfully moist & tender {and sticky} rib meat. 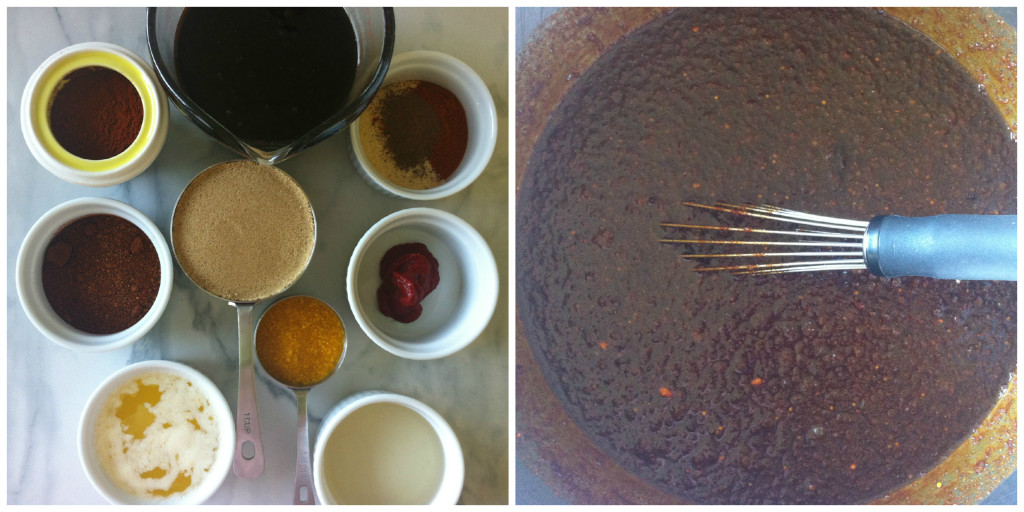 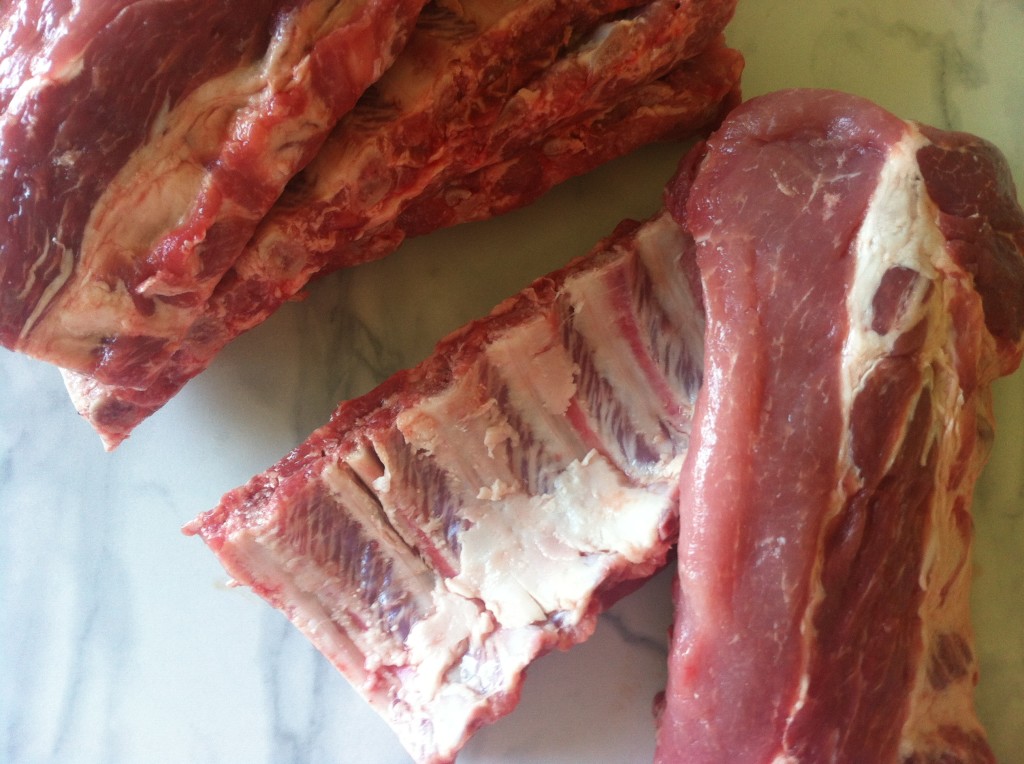 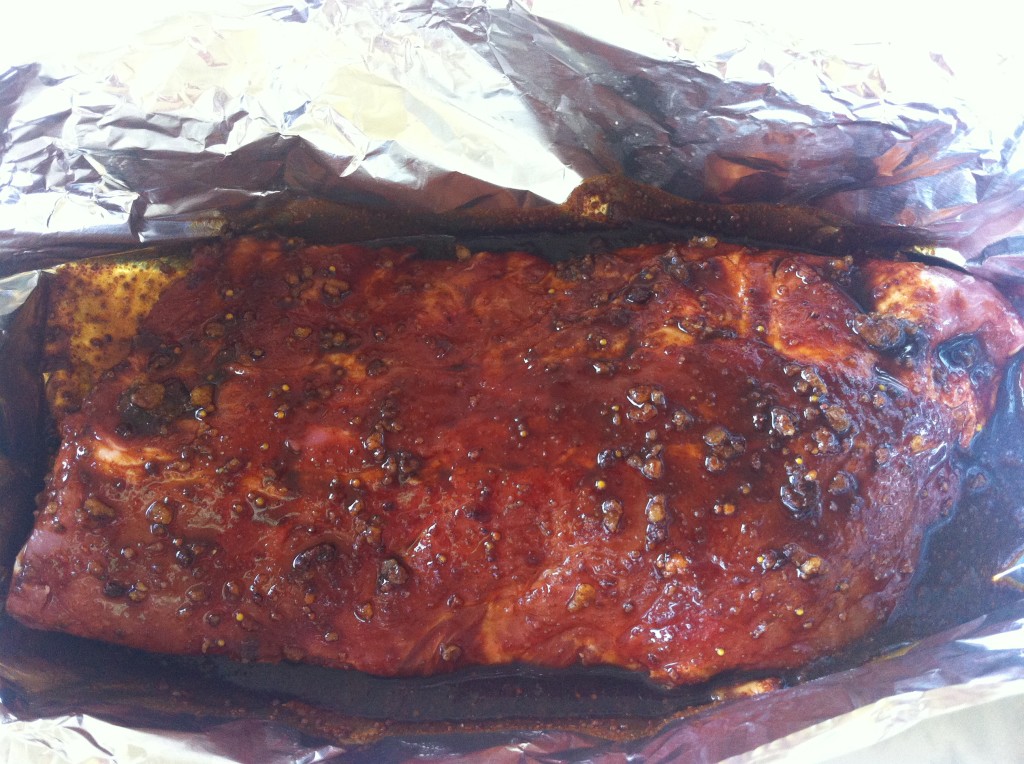 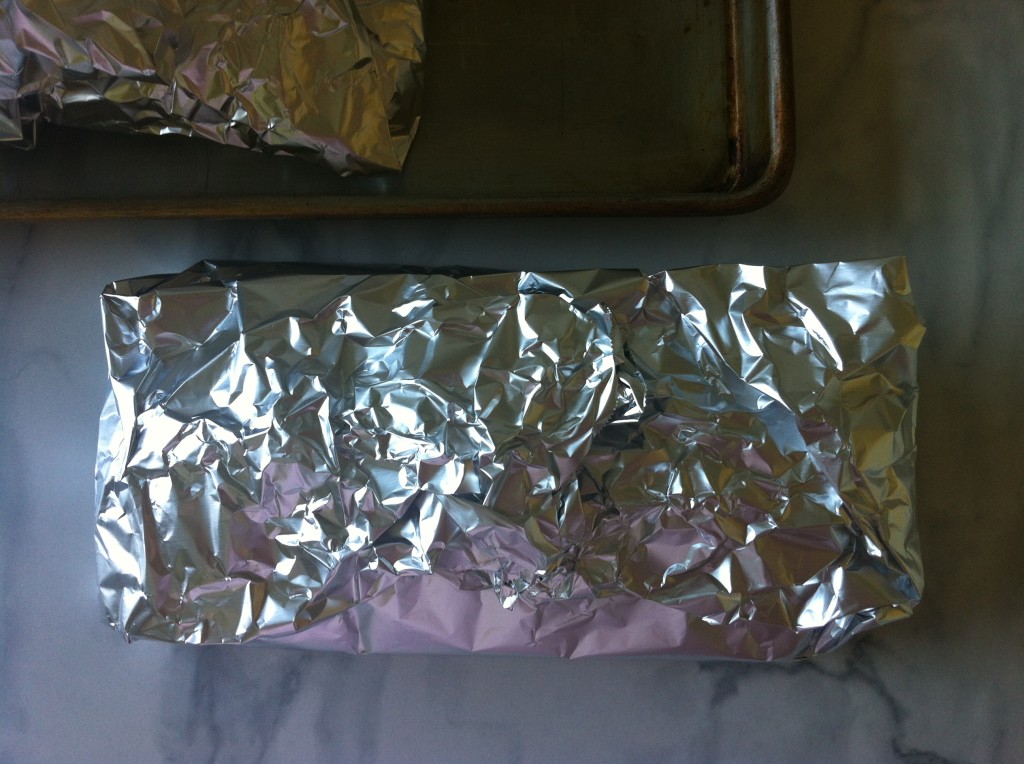 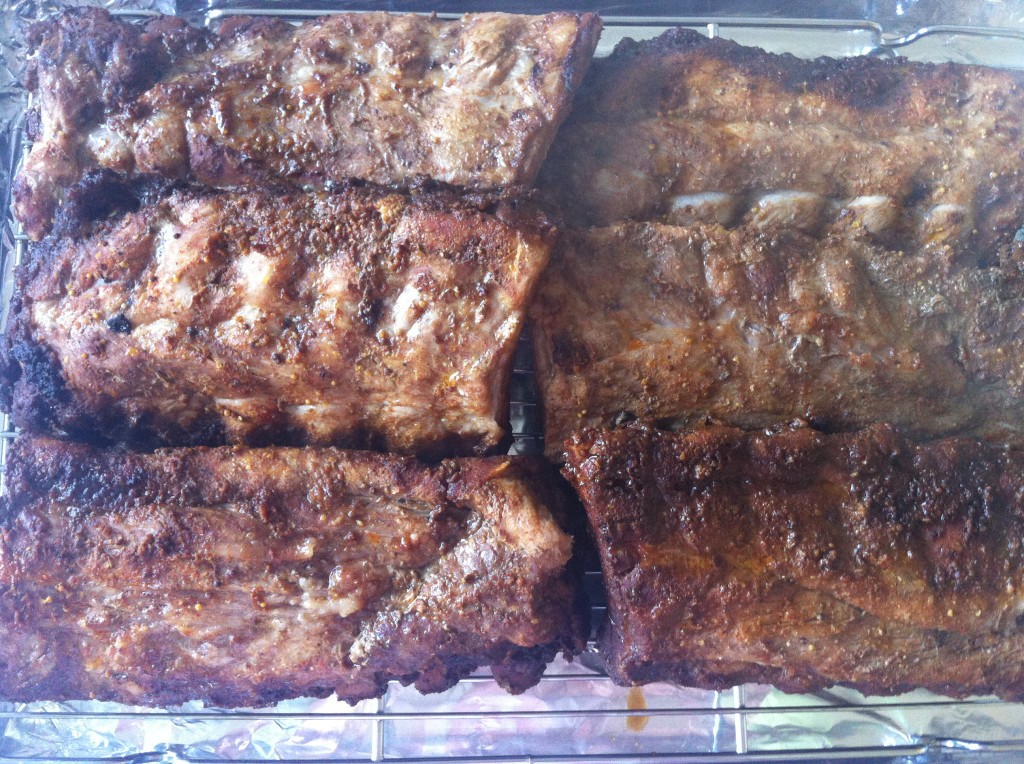 Finished ribs after the final “mopping”… 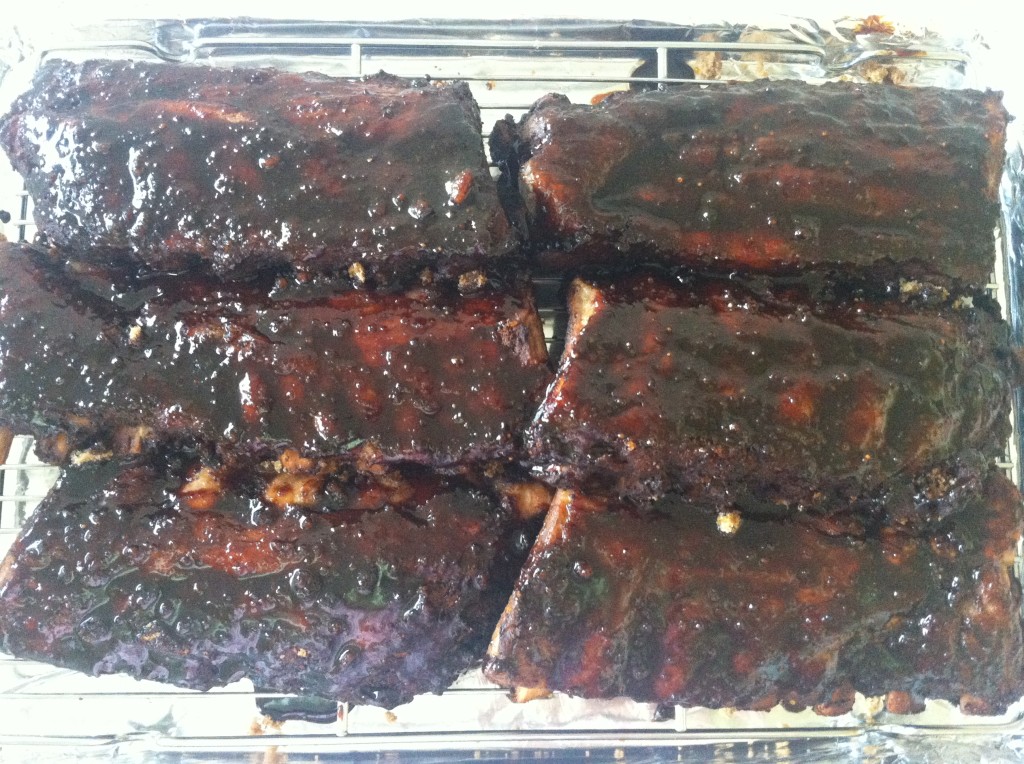 While the ribs are cooking, you can make both the Kale-Apple Coleslaw & the Potato Salad.  Start with the “slaw”…it tastes better when allowed to sit for a while after tossing with the dressing.  Don’t worry about it getting soggy…it is kale after all.  Because this adaptation on the traditional coleslaw is better when made in advance, it is a great dish to bring on picnics and barbecues {so much healthier as well}. 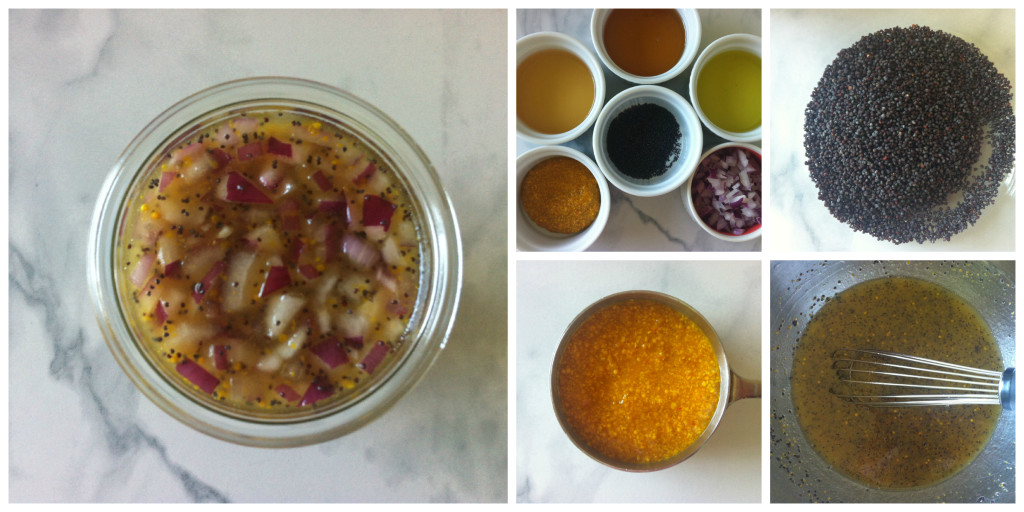 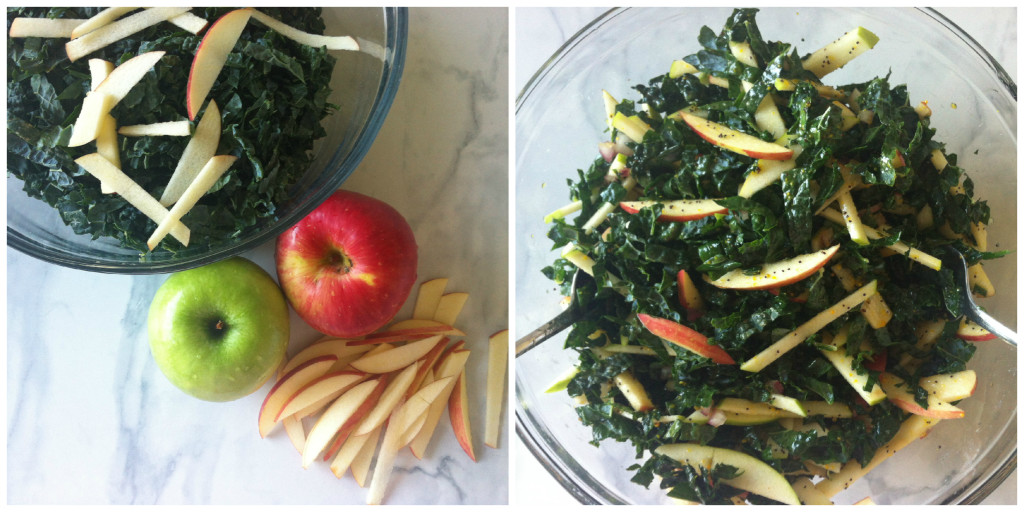 Finally, the Potato Salad.  I learned how to make this potato salad as a young girl watching my Grandmother.  This was a staple at all of our summer barbecues and it was easily one of my favorite foods growing up…still is.  This dish, with it’s simple ingredients, possesses the flavor I most closely associate with summer.  It is the  perfect accompaniment to baked beans, hot dogs & burgers on the grill, watermelon and, of course, barbecued ribs.  The addition of homemade mayonnaise elevates this salad to something you will never find in a store.  My recipe for homemade mayonnaise is a slight adaptation from a recipe that appeared in the April, 2008 issue of Bon Appétit and it is so easy.  In her book, In the Green Kitchen, Techniques to Learn by Heart, Alice Waters writes:  “Homemade mayonnaise is so superior to store-bought that it is well worth the effort.” 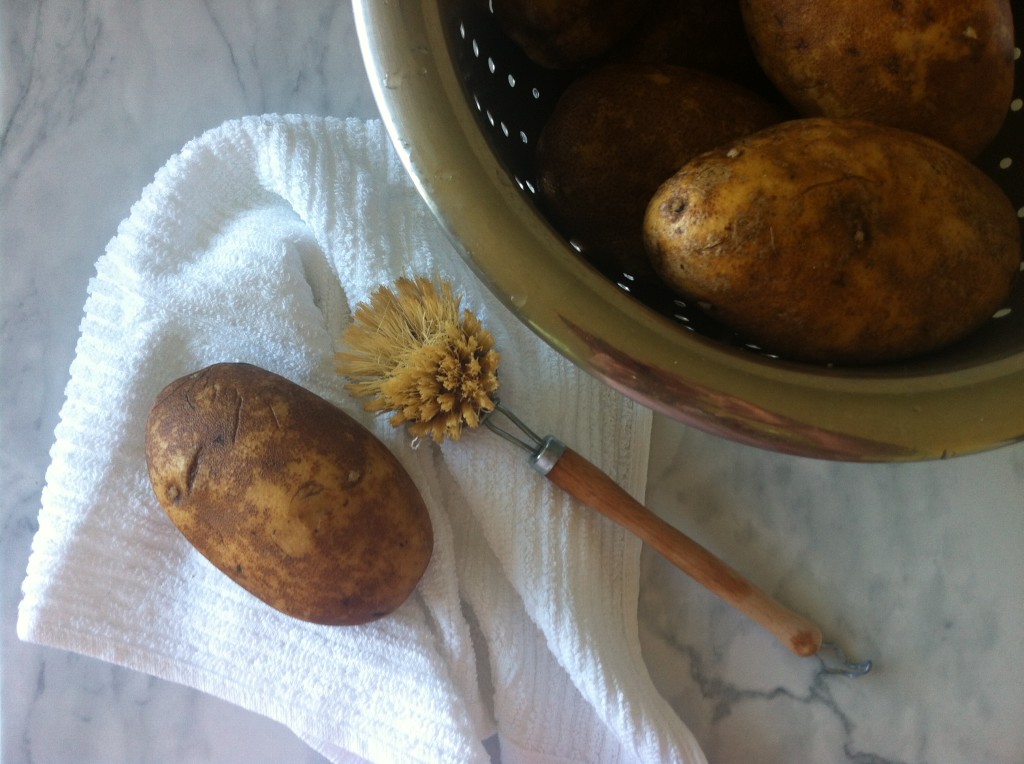 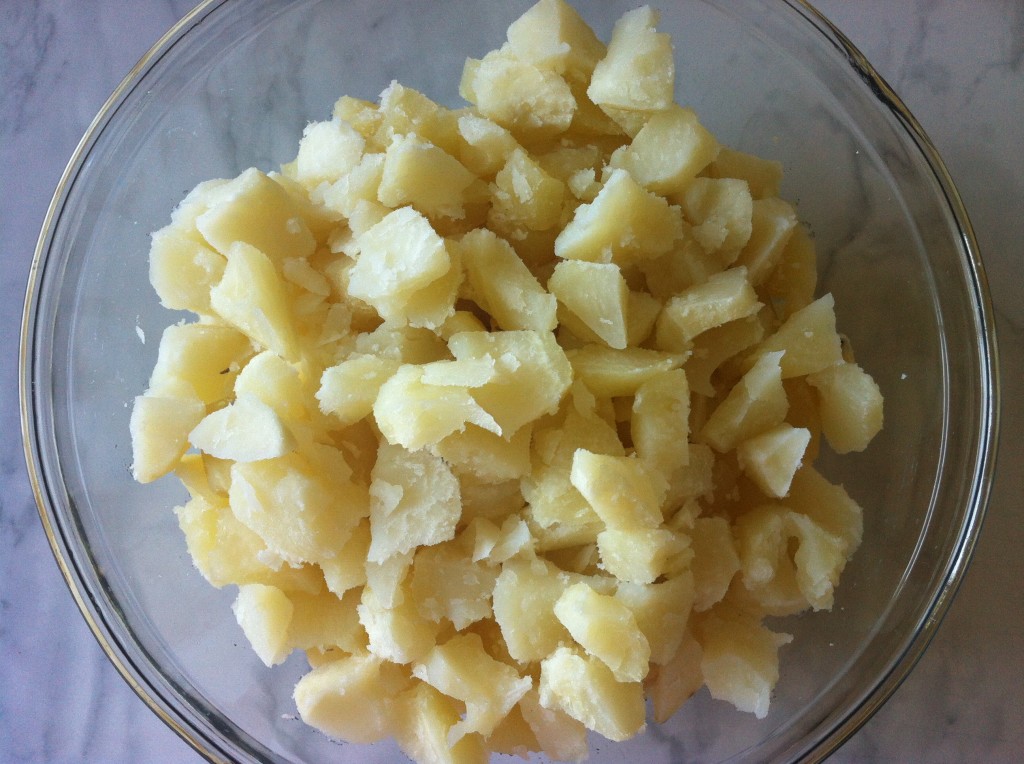 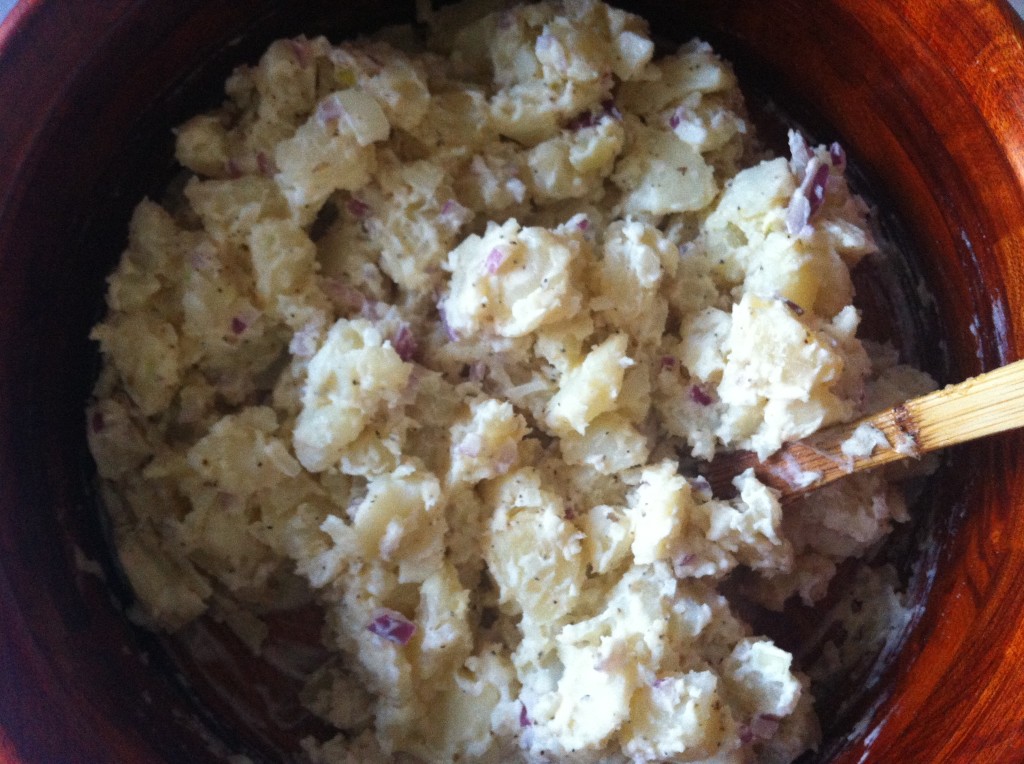 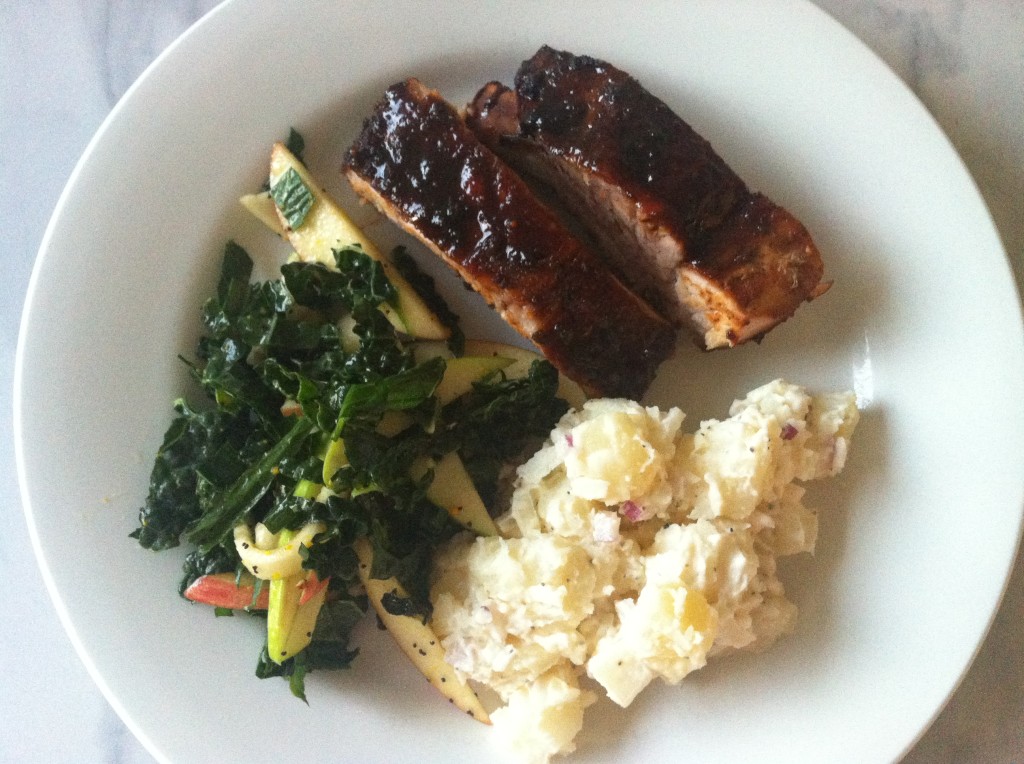